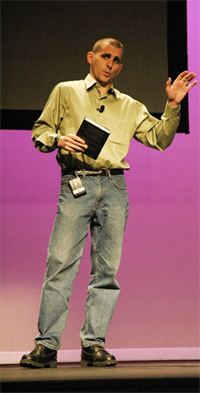 Scott is a writer and speaker. His work has appeared in The New York Times, The Washington Post, Forbes, The Wall Street Journal, The Economist, The Guardian, Wired magazine, National Public Radio, The Huffington Post and other media. He has taught at the University of Washington, blogs for Harvard Business and BusinessWeek, and has appeared frequently as an expert on various subjects on CNN,  CNBC and MSNBC.

He is the bestselling author of four books:

He lives off book royalties and fees from speaking for hire. You can see him in action here.