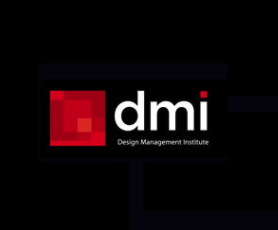 I recently spoke at the Design Management Institute’s Make it Happen event. I had the closing slot of the day which is always tricky. Everyone’s tired and ready for beer.

I tried an experiment with the permission of the organizers: I built my talk during the day, based on the best and most dangerous ideas I heard other speakers and attendees say.

Stunt talks are gambles. This one went well, as the audience was great and followed me to some uncomfortable, albeit entertaining, places. Thanks to all for playing along, and those who gave me ideas and notes.

Here’s a brief summary and a link to the slides (PDF). Video (from AEA) at bottom.

1. Everyone is a Designer

I making a living writing books. But I know many people in this world write more words in email than I’ll ever publish. Are they not writers? Of course they are. Many are not as good at the professionals are, but some are better.  Designers need to have the same attitude – all people design something, or at least believe they do – and we should be open to good ideas regardless of their source.

I quoted Victor Papanek, one of the great design leaders of the 20th century:

All men are designers. All that we do, almost all the time, is design, for design is basic to all human activity…

Any attempt to separate design, to make it a thing-by-itself, works counter to the fact that design is the primary underlying matrix of life. Design is composing an epic poem, executing a mural, painting a masterpiece, writing a concerto.

But design is also cleaning and reorganizing a desk drawer, pulling an impacted tooth, baking an apple pie, choosing sides for a backlot baseball game, and educating a child.

All designers should think of themselves as Ambassadors of good ideas, recognizing that good ideas can come from anywhere, from people with and without design training, and we should be welcoming to them. Think of the word ambassador: how often is this how people would describe you when you’re the only designer in the room?

2. You have no power

It’s ok not to have power, provided you don’t act like you have it. What decisions, as a designer, are truly yours? There is probably a small set of decisions you can make without implicit approval from someone else. And if you want more of your ideas to make it out the door, you either need more power, or to get better at borrowing the power of others to get things done.

One lame way to try and obtain power is jargon. It’s an attempt to change the playing field of language, which only people with less power tend to do. I’m convinced the people who use the most jargon have the least confidence in their ideas.

At a minimum, if jargon is a necessary evil to survive at the companies we work for, can’t we speak plainly and directly when we’re talking to other designers?

3. The generalists are in charge

Whoever you report to has a more general role than yours. You work for a generalist. If you want more power, you need to either: a) take on a more general, or cross-discipline, role or b) get better at influencing people with more power than you.  Any designer can go get an MBA, or learn to take on general management tasks, if they are so inspired, as the skills aren’t that hard to acquire (And consider how many VPs there are who have none of those skills anyway).  But few designers do it, as they don’t want the annoyances, and the stress, that comes with power. But if we mostly just complain about those in power, who’s fault is it really that we’re unhappy? We have to either lead or follow. If we don’t want to lead, we get what we deserve.

We have to admit there is no alternative – if you want more power, and to be fully in charge of design, you will need to be in charge of other things too.

Creatives look down on salespeople. We like to think what we do is more noble. But we forget we sell all the time. Every pitch and prototype is a kind of sales tool for your ideas. And sales is a failure prone activity. Talk to any screenwriter or actor about how many pitches and auditions they have to do to get a single gig. No one is immune. If you are a designer, you are a salesperson. You should aspire to be an ambassador of good ideas, which includes knowing how persuade others to see their value. To get more of your ideas out the door demands getting better at sales more than any other single skill. And building the thicker skin necessary to push your ideas through.

The bigger and better the idea, the harder it will be for people to follow. If you are a creative, taking risks comes with the territory. But when something stupid is being proposed in a meeting, who raises their hand? Who has the courage to speak up? How often do you put your reputation behind an idea? Or are willing not to take credit for something, if it helps the idea survive? What big pitch have you made recently? If you’re not taking risks, and everything you do is reasonable and sensible, how creative do you really think you are? What dangerous idea should you get people in your world to not just discuss, but do something about?

I presented a similar talk at An Event Apart, and they were kind enough to record it and publish it.

Look at the slides

What are your dangerous ideas for designers? Leave me a comment.

15 Responses to “5 Dangerous Ideas for Designers”

Leave a Reply to EightShapes, LLC :: Thoughts on DMI’s ‘Make It Happen’ Conference