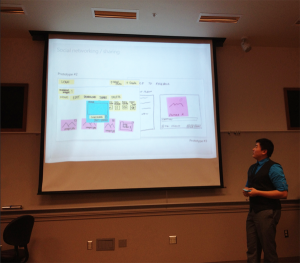 Last week I was on an expert panel, giving feedback to final project presentations at the HCDE 518 User Centered Design course at the University of Washington, taught by Douglas Pyle (syllabus here). Its always fun to see what students are doing. They are the future after all.  My fellow experts were Matt Shobe, Larry Sisson and Marcos Nunes-Ueno.

7 teams each has 12 minutes to present. Our job was to ask tough questions and critique their presentations from a professional context.

The project was: Apply user research to a major cloud service and redesign it (Dropbox, SkyDrive, iCloud)

The result was a design that changed this: 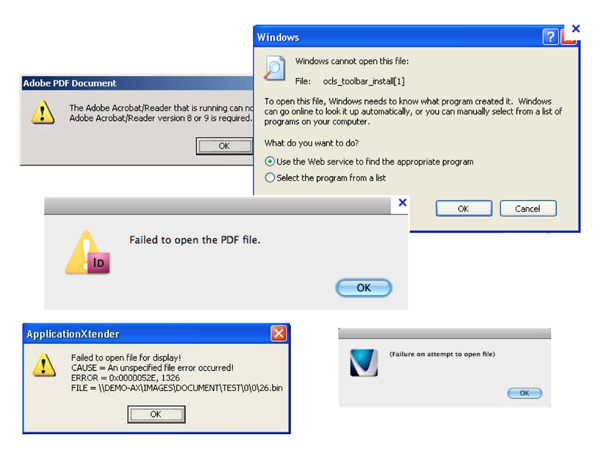 To something like this (which Dropbox actually implemented before their file presentation): 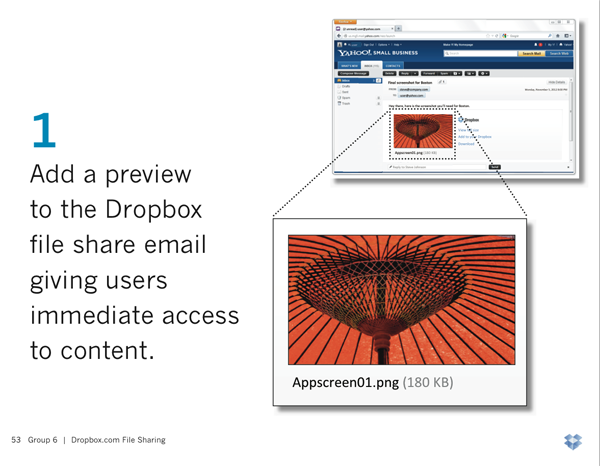 Group 3 took on iCloud. They were one of the most ambitious redesigns, and had the bad luck of going last. Their good luck was picking iCloud, which no one else had taken. They were Sarah Emerson, Andrea LarsenBronwyn McNutt and Zulka Ramirez.

Among the research they did was a Wants & Needs analysis, where they work with users to prioritize possible improvements to the existing design.

Then they built a paper prototype (I so wish more people used this awesome and fast method), using a “Netflix style” view of all of your content. 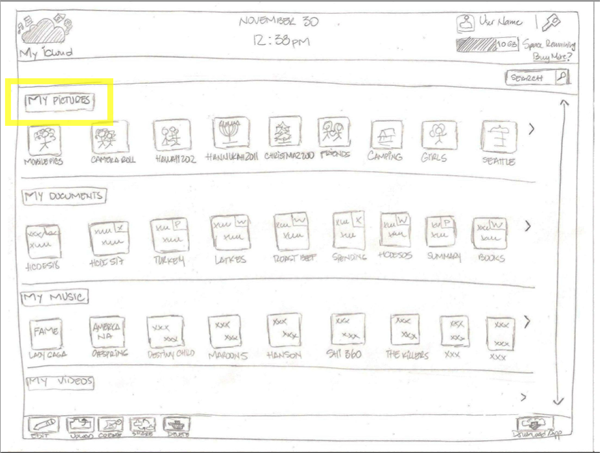 Group 7 (Brian Espinosa, Royal Stuart, Lori Tompkins, Adrienne Trudeau, Dasha Valchonak) was one of the few teams that reported on before and after results for their redesign. In a briefing, it’s data like this that tells most of the story.

People throw around sayings like “Easy to Use” or “Intuitive” but without some data those are merely opinions. When it comes to measuring ease of use, there are well established things to track:

Team 7 did quite well in their redesign. However I’d have preferred they call it a usability study, not a test. A test assumes there are right answers and that you do it at the end. A study suggests is more about collecting data to make better decisions. Yes, it’s a pet peeve. 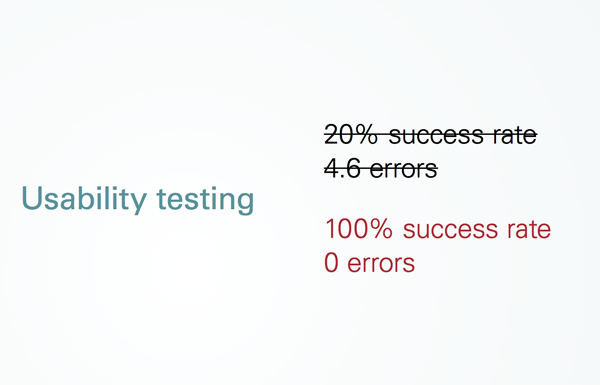 While many of the redesigns were ambitious (as Shobe said “making a bit tent”), one of my favorites focused sharply on one scenario: how to improve collaboration as simply as possible. This team was comprised of Ajay Alfred, Sue Boivin, Jeanie DuMont, Alicia Lee, & Pat Matrich. Based on research, they decided the most valuable feature to add to Dropbox was the ability to add comments to Dropbox files. This would allow someone updating a document to leave a short note about what the change was, or ask/answer a question without having to open the document. And they focused on the mobile design for the feature first, with a design that seemed simple and slick. 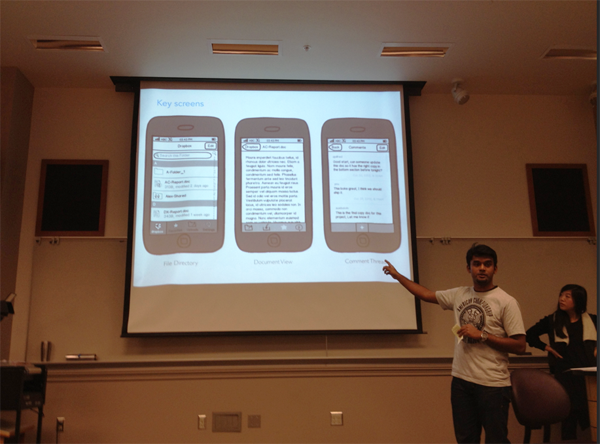 I’m always cranky about how anyone in any field uses ‘research’ to justify things. Of course these were students and they were being graded primarily on their redesigns and presentations, not the details of their research. However I kept track of sayings and statements that had this been a professional situation, I would might have challenged.

Many people in the professional world BS their way through talking about research – particularly with the bias of “the research magically says the thing I wanted it to say before I started doing the research”. Everyone is guilty here. But if you call yourself a reseracher its fair to expect more in the way of research ethics. Its not hard not to be sloppy.  Sloppy sayings include things like:

Sloppy use of phrases like these sets off alarm bells for my BS detector. Even if there is nothing sketchy going on, its the researchers job to ensure there is no room for doubt. All researchers should assume they have to earn the trust of their audience. As a result, I have a list of questions I often ask people who claim their design decision is right based on research:

It was unfair to poke hard at this in a student presentation – and I tried to clarify the point and not beat them up much about it. But here on the blog I can ramble on and on about it, assuming anyone is still reading.

The best recommendation was to have a couple of slides hidden at the end of the slide deck with detailed summaries of the research (# of participants, methods used, specific data on results, etc.) in reserve, to pull up if you have a hard-ass like me in the audience, which the more UX work you do, will happen sooner or later.

Thanks to Doug Pyle for inviting me, and all the students for letting me hear their presentations.

5 Responses to “What I learned going back to UX school”