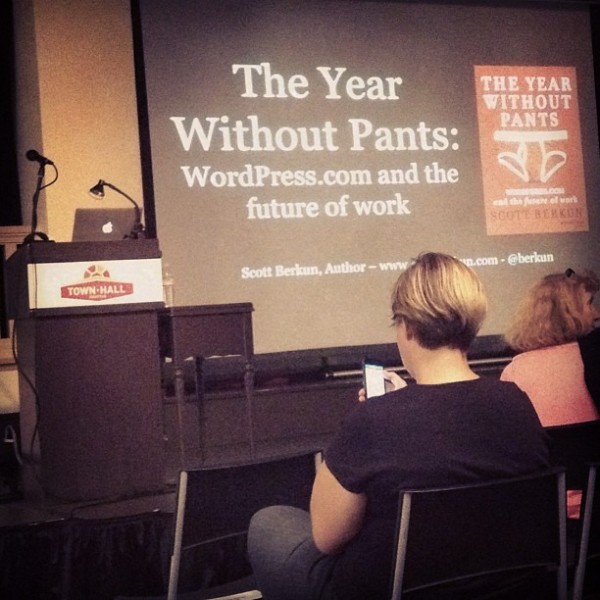 I spoke about The Year Without Pants last week at Seattle Town Hall. I talked about some of the fascinating things that go on at work at WordPress.com. One of the questions was “this all sounds great, but how do you change an old, bureaucratic  company to switch to new or better ideas?”

The best answer is you can’t. Not all at once. You can’t change the world all at once either. Even people who changed the world didn’t start out by trying to change the whole thing. That’d be silly.

Here’s the steps to consider:

If you’re fortunate someone with executive power will see the potential and turn the tides towards progress by making the new idea that’s growing in popularity a concept officially endorsed by their station.

But keep in mind there are natural limits to change. Maybe the best that can be done is to change one team or one division. Perhaps those are the systems where the change is most effective anyway. That alone is a huge accomplishment in this world. Even CEOs of corporations find change difficult. Generally people defend the status quo on matter what they say and even a powerful leader needs to find ways to convince the powerful people who work for them to try, much less endorse, something new.

Also see: How To Fix A Team, How To Convince Your Boss To Try New Things