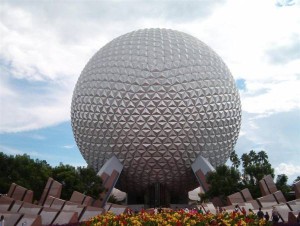 Today is when noted inventor, designer and philosopher Buckminster Fuller was born in 1895. He’s most famous for the geodisic dome, which at the time was heralded as a revolutionary way to build homes and offices using less material. Geodisic means, loosely, forming a curve with straight lines. Spaceship earth at Epcot center is one of the largest and most famous examples. Domes were popular in the 70s, but like many of Fuller’s ideas they proved hard to build and harder to use. Circular buildings are striking to look at, but there are good reasons we build in rectangles,

He also designed the Dymaxion house, first created in 1929. His ambition was similar to the dome: to make construction simpler, while also improving the quality of living homes provide. I visited one of the few Dymaxions in the world at the Ford museum near Detroit. It was a thrill to get inside a manifestation of his ideas and have a walk around. 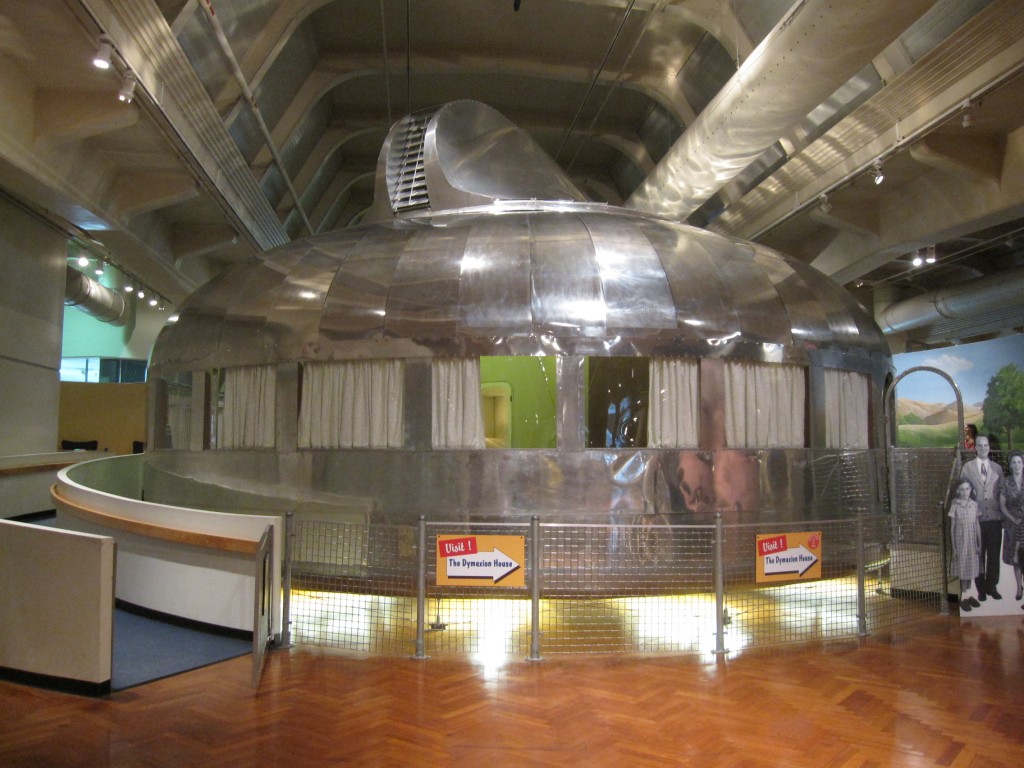 Many of the design decisions, including the round shape, were to achieve an autonomous building, or a building that didn’t depend on the power grid or water system. One advantage of the circle was wraparound windows, something possible because of the centrally supported ceiling. But the curved walls make interior design challenging. There are fewer ways to use the space. As you can see from the photos, the rooms are, weird. Unlike Hundertwasser’s work, Fuller’s mixture of curves and straight lines makes for some awkward aesthetics. 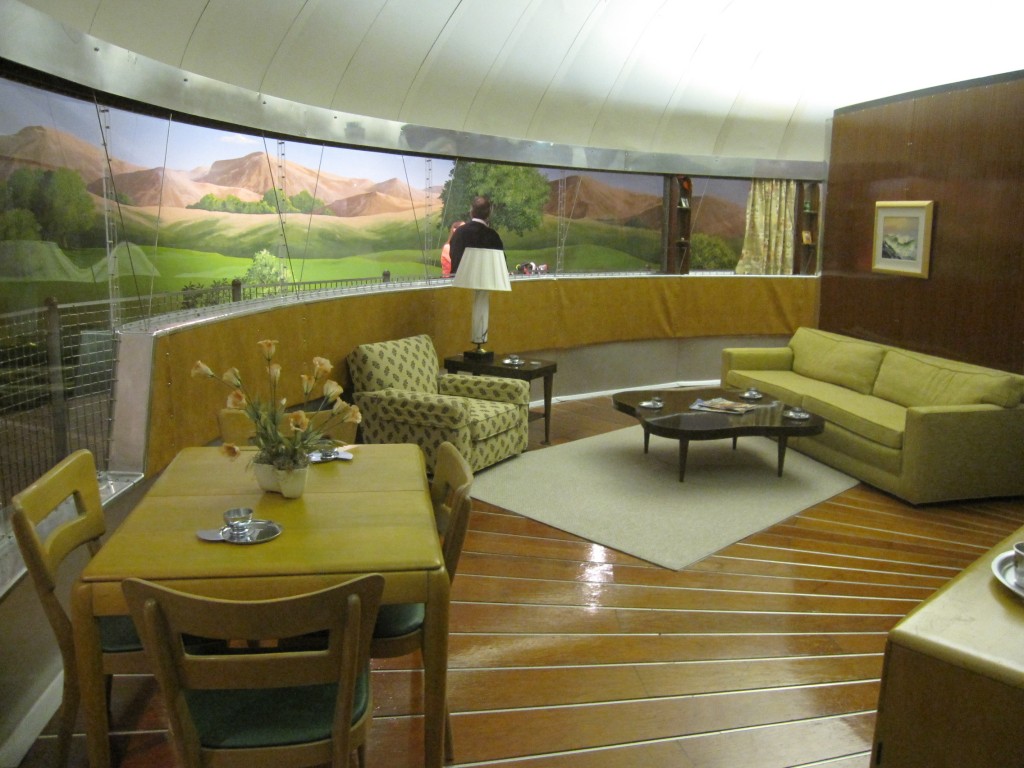 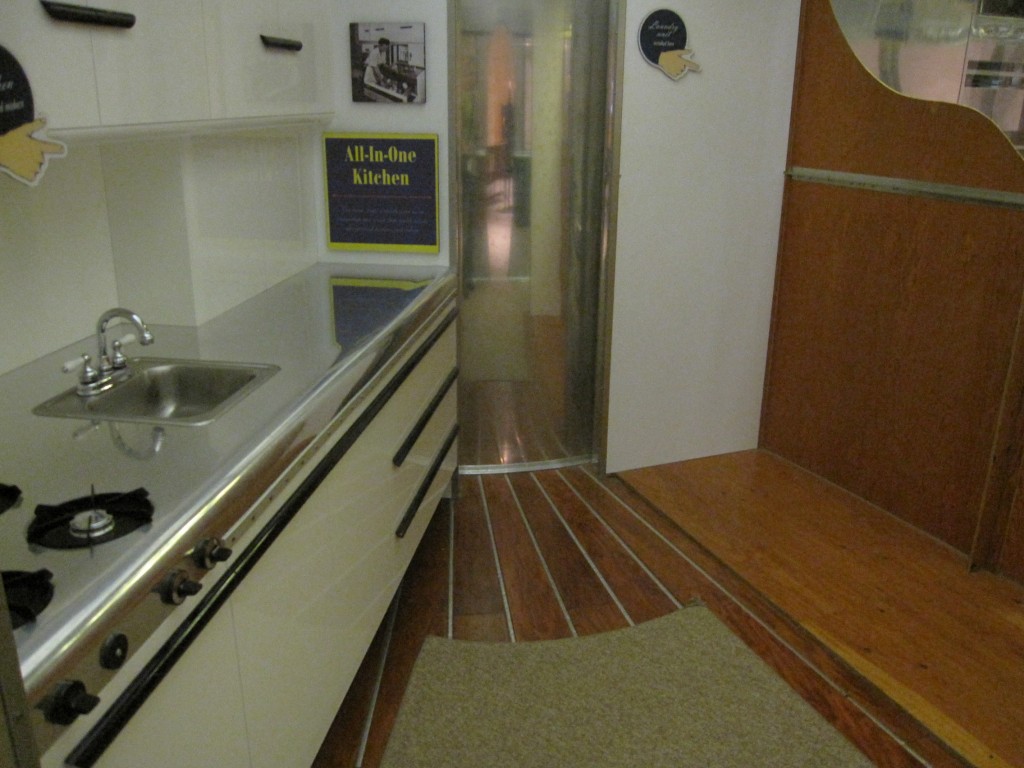 The building featured dozens of clever design ideas. The refridgerator and air conditioner were powered by the exhaust from other systems in the house. Everything was reused and recycled. Runoff water was used in the toilets and (in theory) to water gardens.

Some of the shelves rotated when a button is pressed,  maximizing storage space and minimizing the need to bend or reach inside. As with much of his work, this had a branded name (Ovolving shelves). 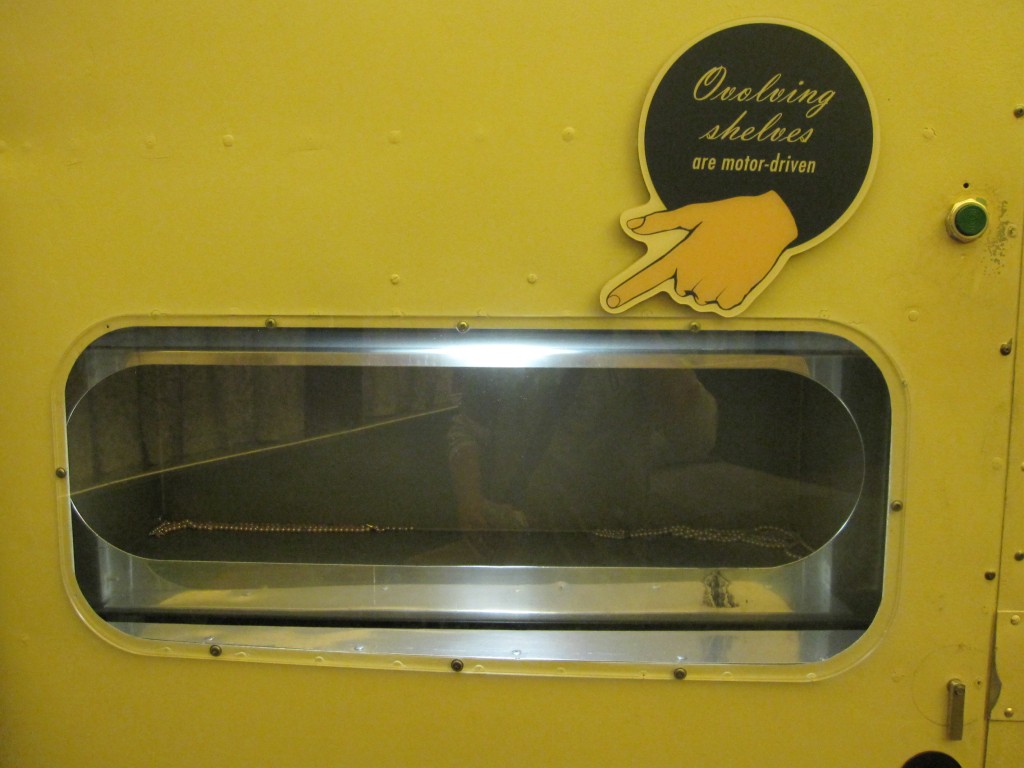 Since they left many of the style choices (love that green) from when the house was built, it felt like a strange combination of the past and the future, similar to have steampunk stories feel. For example, the floorboards had ventilations shafts that would collect dust, reducing the need to sweep or vacuum. 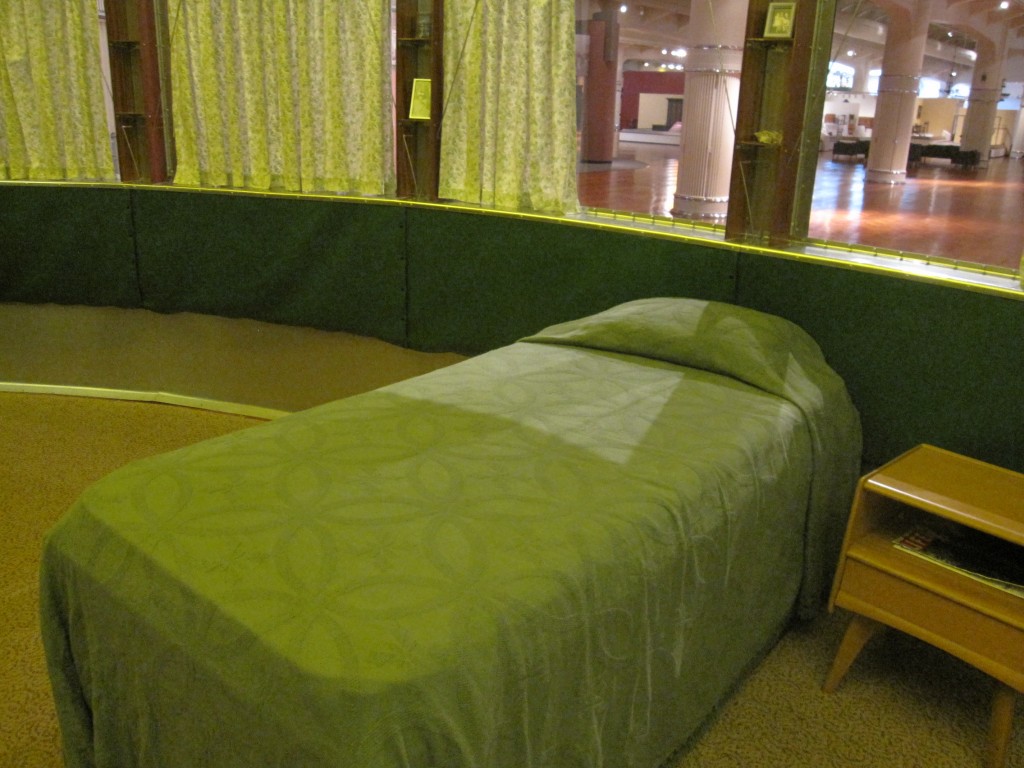 I’ve read some of his books and am familiar with his inventions, but it powerful to experience one first hand. If you’re in the Detroit area and interested in design and engineering, I recommended checking out the Ford museum for the Dymaxion house alone.