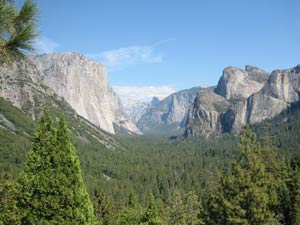 Someone once asked me if, as a thinker, I was rational or creative. Left brained or right-brained. I considered it, and asked in reply, do I have to choose? Is it possible to be both? I didn’t think I could afford to discriminate. I wanted to be good at designing things, and I needed all the brainpower I had available.

Later in life, having read about our best thinkers and problem solvers, I learned that there is a natural balance that can be mastered between both intensely imaginative, and passionately logical lines of thought. It’s my claim, echoing many people before me, that we need to seek out this synergy to be good at design.

The myths of rational thinking and the methods of science

Before learning about design in college, I studied advanced logic theory. At parties, it was the last thing I wanted to mention, since it was certain to bring yawns and glares of boredom from beer-holding peers. The general reputation for the subject was that, like mathematics and science, it was dreadfully dull. These fields were seen as predictable and highly structured: you learn a formula for this, an equation for that, repeat a proof someone discovered decades ago, and then call it a day. It followed that the scientific method, considered a pillar of progress in the academic world, had an equally poor reputation. But this status is decidedly unearned. The surprising truth is that for designers everywhere, the scientific method can be an extremely powerful tool for finding and evangelizing your great ideas. 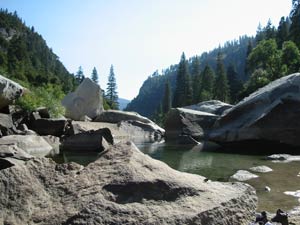 The ultra-compressed version of the scientific method has two parts. Part one: when you have an idea, you must expend time and energy to prove that it works. Part two: you must also expend time and energy trying to prove that it doesn’t work. That’s it. Welcome to the world of science. This simple set of two different approaches to evaluating ideas can improve the quality of your entire thought process, and the value of the work you produce. The power of the method is that it asks anyone who would call themselves a scientist, or a designer, to attack problems from both sides.

It’s not enough to take a pet idea and make claims about its value. Instead, you must seek an objective view of the idea, and invest time in disproving your own claims. If it truly is a good idea, it should be able to withstand the scrutiny of your critical evaluation. If it crumbles under your own inspection, you will have saved your team, and your users some time by returning yourself to the drawing board without interrupting anyone else.

The value to designers is twofold: First, it improves the clarity with which you view your work. Your ideas might be good in some abstract sense, but we should not confuse them with meaningful solutions to the customer or business problems at hand. Second, by making yourself comfortable with critiquing your own work, you improve the quality of any work you output. Like proofreading your own essays, you become more self-sufficient, as a designer.

Beyond your design skill, your strength in convincing others of your ideas to your team will improve. Instead of only offering the positive attributes of your design, you can present the challenging questions you asked, and express how your proposed design excelled in the face of those challenges. The more scrutiny you can apply yourself, the more confidence you will have. Even better, your comfort level with discussing designs with others will improve. Your internal dialog about your work will more naturally match your external dialog with peers and teammates.

(Note: While many teams thrive on communal critiquing of work in an open and supportive environment, which is good, many others are not so fortunate. The overall goal is not to spend more time in isolation, nor to control your development team like puppets, but instead, to derive a system, both internal and collaborative, for surfacing the best ideas, and delivering them to customers).

To the frustration of creative thinkers everywhere, the nature of poor usability engineering can often cause a team to focus on design problems in the narrowest way. Without proper counsel from an experienced usability engineer a team can miss large opportunities, falling into the trap of minimizing problems instead of solving them. Quick changes rarely solve the underlying and systemic causes. Often problems run deep, down to assumptions made early in a project, and manifested at different levels in code. Without the wisdom to look deeper, no amount of usability studies will significantly improve a design.

At the most negative extreme, an analysis-dominated development team will achieve only turd polishing: the constant refinement of bad ideas, without any hope of arriving at substantially new approaches to the problem. What’s required to maximize the value of analysis is creative thinking. Knowing when and how to switch gears between analysis and creative exploration is the key.

The synergy of solutions 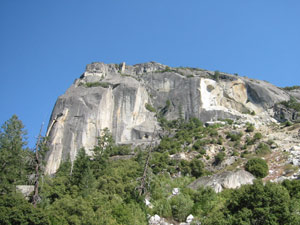 Cars are designed to switch gears easily. Modern humans are not. When we learn a technique or a tool, it’s natural for us to fixate on its use. If you have a hammer, everything is a nail.

It follows that people who learn to take comfort in analysis and process, tend to have difficulty rejecting those models, and switching to inspiration and creative passion as their guideposts. Alternatively, the creative-minded often struggle with structured evaluation, or models, methods and processes for problem solving. The good news is that you don’t have to choose. You can be both creative and rational.

At the moment when project goals, or usability issues, are identified, someone has to take control of the response. How deep a solution will be required? If shallow corrections or additions are all that are needed, then it’s appropriate to engage in a quick brainstorming session before proceeding in a single direction. But if more serious problems are found, or the project goals are more substantial and involved, deeper exploration into new alternatives is justified. This is where the team has to shift gears and invest in exploration.

All problems have multiple solutions. The larger the problem, the more open the solution space. To understand the different choices requires a creative approach. Someone must lead the way in expressing the different possible directions. What are three alternative navigation designs, and how would this improve the design, relative to known customer behavior? Can we reduce the number of categories we have by a third to simplify some user decisions?

This line of exploration might be led by someone skilled at asking the right questions, or by a surge of inspiration and expression of ideas by someone gifted in those traits. But the method is less important than the result: A set of alternatives, manifested in prototypes or pictures, that can be compared and evaluated relative to the needs and problems at hand.

Some designers ruffle at the comparison process. They’d prefer to allow their personal choice of approach to surface as the direction for change. This is almost always a mistake. Often it’s impossible to understand the merit of a design, without comparing it against several potential alternatives. It’s hard to know if something is good or bad if it is standing alone. 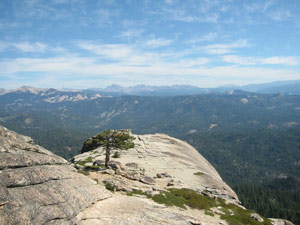 Recalling the scientific method, it’s in the designer’s interest to work to prove and disprove her own firmly held beliefs. If her heart is concerned with the customer’s experience, she should want the best idea to surface, regardless of her own initial preferences. She should be willing to be convinced that there is another way that’s better, regardless of who came up with it. Often it’s only when comparing two ideas that the best idea – a hybrid of the two – is discovered.

At the moment when the team has arrived at some good ideas, hopefully through evaluating the tradeoffs of alternatives, analysis becomes the greatest need. Perhaps there is time for a quick usability study, or heuristic evaluation, to help confirm that the proposed changes will truly have a positive impact on the customer. There are always more details in the world than can be considered by the designer’s mind, and it’s much cheaper to learn from mistakes in prototypes than in production code.

Design is a reflective process

The entire process of idea exploration, evaluation and implementation is reflective. No one mindset or attitude prevails. Instead, it’s the judgment of the designer, or the team leaders, to approach each kind of problem in the appropriate way. Some moments require an emphasis on the logical and rational. Others demand creative exploration and expression driven work. Often the entire project cycle is spent shifting between different modes of thought, exploring, evaluating, and exploring again.

Few things of importance arrive from either/or thinking. It’s the wise and the successful that are able to derive approaches to difficult situations that unify and combine, rather than separate and divide. Think Yin/Yang or chocolate and peanut butter. The greatest opportunities for the mindful designer are in exploring how to build complementary relationships from seemingly competing traits.