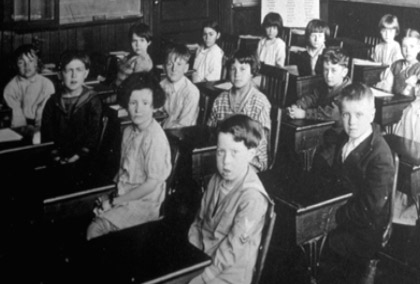 For a guest lecture at the University of Washington I spoke about what I wished they’d taught me about design in college.

What they don’t teach you and why

Surprise: creating a degree program is a design problem, with many of the same pitfalls faced by software designers. For years it was my job at Microsoft to create and run design education for employees. In the process of designing courses and curriculums I re-examined how colleges do it.

People often say “they really should teach X in school” but they rarely consider what they’d have to take out to make room. Since college is the last formal education many adults obtain, there is understandable pressure to cover foundation topics, rather than what might be immediately useful in the workplace.

So there are 5 reasons why a degree program doesn’t cover something:

However I don’t think you need courses to teach a subject. It can be enough to expose students to important ideas they can choose to invest more in later on. And that is the spirt of the ideas that follow.

There is no substitute for credibility

Credibility comes from action. As soon as you call on your degree or job title as a defense of an idea, you will probably lose. It’s a call to authority and it’s the last call you should want to make.

Instead credibility comes from being good at explaining your logic. Instead of an engineer saying “I’m right because I’m the engineer” it’s better if they explain their logic, giving everyone a chance to understand their insight and either reach the same conclusion, or be enabled to ask good questions.

Strive to do the same thing for whatever it is you think you know: bring people in, don’t hide behind pretension and pieces of paper. It’s one thing to ask people to trust you “look, trust me on this – I know what I’m doing. If it doesn’t work, I’ll admit that I was wrong”, but that can be done without throwing credentials at people. (And anyway, in credential warfare in the tech sector, non computer science graduates tend to lose)

People who make things happen do so through the credibility they earn over time. It can take months or years to develop the relationships needed to make great things happen, so be patient. Be smart. Be helpful. Listen to ideas from other people and show them that you appreciate their help, and consider what they say. Don’t be a wuss and let people walk over you, but be reasonable, and thoughtful. Work to get comfortable having dialogs and idea exchanges with people. Even if you end up disagreeing with them, if you build good relationships, you’ll still manage to build the respect of the people whose respect you need.

For example, if Steve is the dude that will convert your screenshot or prototype into the real thing, make sure you have a credible relationship with him. Treat him well, because whether you admit it or not, you are dependent on him to make your design a reality. You want him to do his best work for you, and that can’t happen if he doesn’t trust you, or doesn’t understand what’s so important about the details of your plans (a problem which spawns from the “just do it exactly this way, because I’m the designer and I said so” attitude).

The challenge is that what makes you credible to a developer, marketing executive, documentation manager, or any other person you have to deal with might be different for each one, and what earns you credibility won’t always be tied to your design or usability brilliance. Instead, work towards helping the team get stuff done. Be useful. Then when it comes time to bring your grand design vision to the table, you’ll have built the respect and trust necessary for them to be helpful to you. 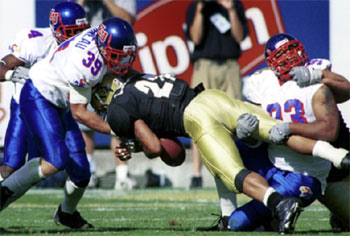 Every field has certain things that are considered to be cooler or sexier or more generally interesting than others. Invariably, when it comes to technology, one of the coolest things to work on is the front end, or UI, the stuff customers actually see when using the thing. Invariably the most hard core developers in the world have to show their parents the UI or whatever it is they worked on, and odds are good that’s it the UI that their parents will think they made (“Hey Mom, check out this new RSS parser I built!”, “Great son, but what’s a parser?”, “Uh, nevermind.”). For most people, it’s the user experience that represents the entire effort of an organization to customers, and often to the team as well.

Since user interfaces garner more attention than most other parts of websites and products combined, it follows that more people have opinions and interests in UI related decisions than other things. Be prepared for this. Design work is a contact sport. You will almost never work alone, even if you are granted guru like status in the organization. There will always be opinions to contend with, some more ignorable than others. But the wise know that all the feedback can be healthy: reality checks can be easy to find if you are open to them. 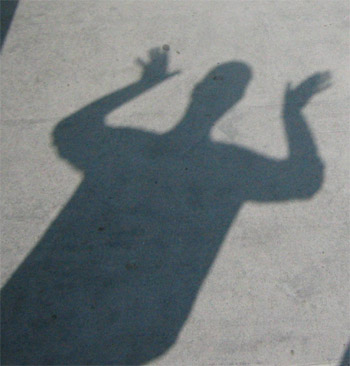 There is an ultra sensitive “never discuss with non usability engineers in the room” secret that I’m going to share with you. It’s about objectivists vs. pragmatists. I learned about this in the year I worked as the usability engineer on Internet Explorer 1.0, and when I switched to program management, they made me swear not to tell.

The objective philosophy of usability engineering goes like this:

“We will do (almost) anything to make better products and websites happen.”

Now, if you were in a really tough situation, like in a foxhole during a war, or dealing with a slipping project with tough design issues, who would be more valuable to you? The truth is you don’t have to pick. The real answer is that the best usability engineers do both. They recognize when what the team needs is an objective and scientific view of the situation. However, they also realize that much of the time what is most valuable is a quick and timely informed opinion, and they are willing to give them.

Continually taking the objective stance severely limits the value of a usability engineer (Often earning then the nickname “data weenie”). It puts them at a distance from the psychology and emotion of the team, limiting their ability to contribute. While everyone else on the team gets the right to offer entirely subjective opinions, many usability engineers refrain. This makes no sense. Why are usability engineer’s opinions any less valid than any one else’s’? The trick is to disclaim the difference between data and an opinion: “Umm, look, I don’t have data to support this, so it’s purely opinion, but I think design A is much better.” Done. Opinioned offered without sacrificing whatever scientific purity they needed to protect.

As I understand it the trouble is that many usability engineers come from experimental psychology or research backgrounds, and they’ve received no training or encouragement towards a more pragmatic view of their contributions. There are many ways to keep scientific integrity intact, while still offering subjective contributions to design choices. It starts by remembering that skills (and usability methods) are the means, not the ends. It’s the result that really matter to customers. Who cares what research method was used or what the margin of error of the survey was if the result is a better product? Never fixate or obsess about the skills, unless you’re certain that they really impact the quality of the decisions or the final design.

Continue on to part 2, which covers: