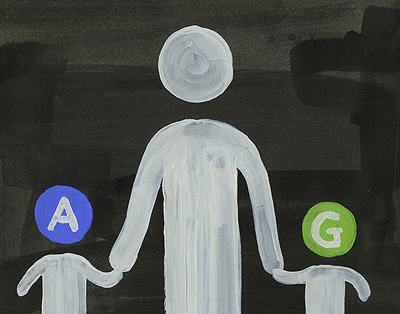 I got back from NYC last night – that city will always be my true home. More on that later.

I did see the waterfalls – hard to love these things, as they’re so far away that their scale works against them. They just sit out on the horizon and seem small compared to the major landmarks nearby. Driving on the FDR gives the only decent view of the largest one, the one off the Brooklyn bridge – and even then it’s somehow underwhelming. The Brooklyn bridge holds more than its own, and its hard to be impressed by a line of water falling from the bridge deck.

To make up for it, a friend sent me this series of drawings about two kids obsessed with the NYC subway.

As an adult obsessed with subways, I loved it.