We take great works for granted. We forget, but the fate of even our most famous ideas and creations was far from certain at the time they were proposed. A powerful exercise anyone can do is to pick a famous creation and go back in history to the days before it was made. Only then can you see what the makers themselves truly experienced, and learn from the surprising challenges they faced and overcame. Here are some lessons we can all learn from the wonders of Eiffel’s Tower. 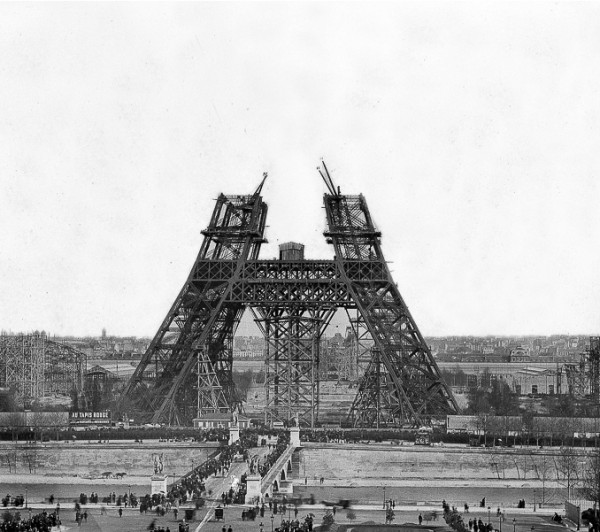 1. All Ideas Are Made From Other Ideas

Eiffel was inspired by the Latting Observatory, among other works. This tower, built in 1853, was taller than any other building in NYC, that is, until it burned down in 1856 (wood was still the primary construction material at the time, a fact Eiffel wanted to change). Eiffel also used engineering techniques found in nature to reduce weight and retain strength, essential concepts for constructing the tallest building in the world at the time. If you’re struggling to come up with good ideas, dig deeper into the surprising history of the major ideas in your own field. You’ll learn how they borrowed, reused and found inspiration from existing ideas. 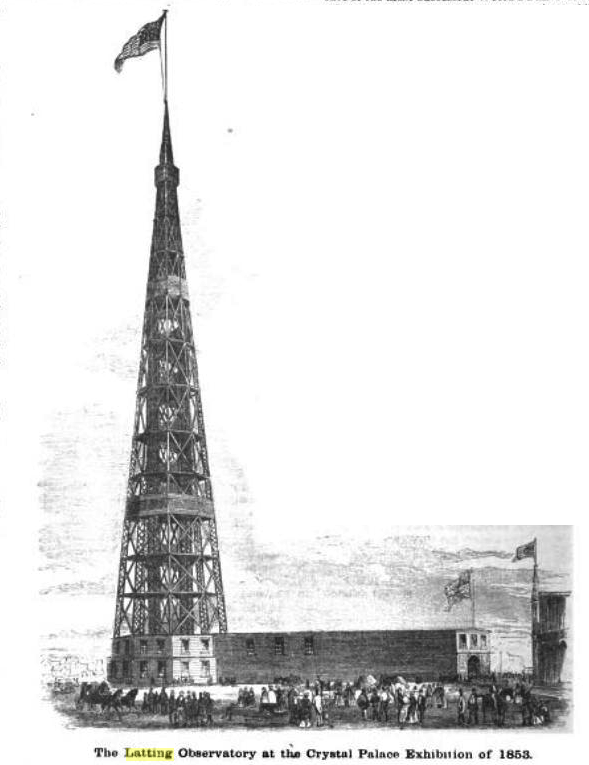 The design of the Eiffel tower was a wonderful combination of aesthetics and engineering (similar in this regard to the Brooklyn Bridge). But the plan for its style and construction evolved over time with contributions from at least four engineers. Maurice Koechlin and Émile Nouguier had the initial concept and drafted the first design (below), but it was rejected at first by Eiffel. They invited a third engineer, Stephen Sauvestre, who made several improvements, including the detailed latticework the tower would become famous for. Their revised design was finally accepted by Eiffel and proposed for the 1889 worlds fair (Exposition Universelle). Although the project bears his name, as only Eiffel had the reputation and finances to lead the project, the design of the tower had major contributions from others. 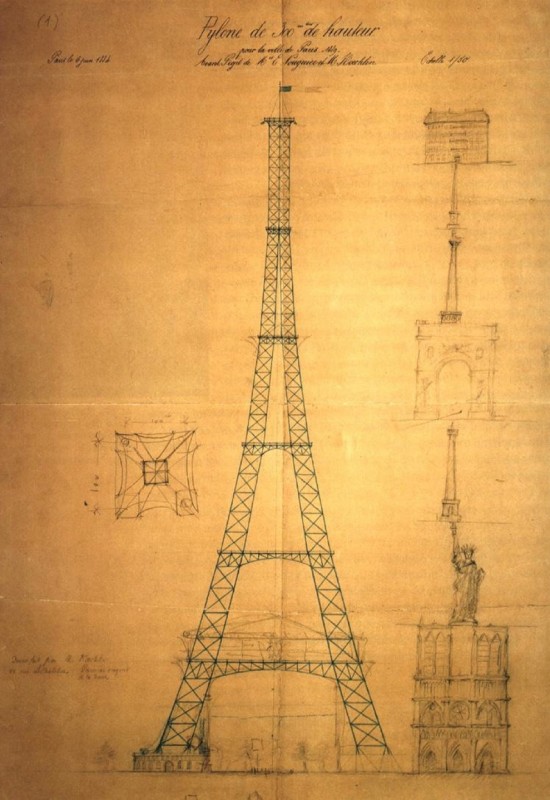 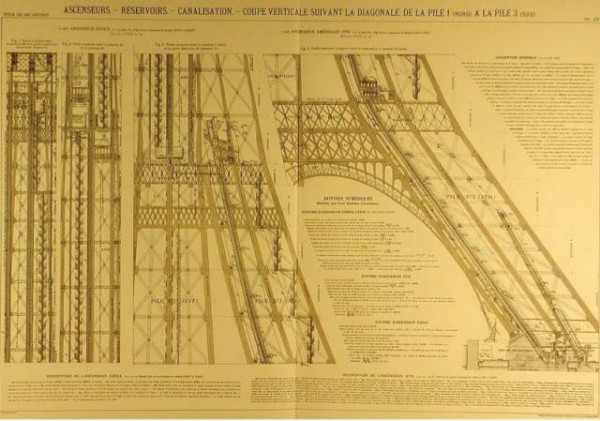 There were over 700 competing design submissions for the world’s fair tower (including this one from Bourdais, a major rival). Eiffel was fortunate to win, but the victory led to more challenges.  The government surprised him by only offering $300k, a fraction of what his proposed budget required. Eiffel chose to put in the remaining $1.3 million (5 million francs) himself. In return, he asked for a 20-year lease and control over some of the pavilion area near the tower. This shrewd arrangement gave him the ability to advertise the other works his firm did, assuming of course that the tower itself was successful.

If your idea is turned down, what are you willing to put at stake as collateral (money or reputation) to make the project happen? If the person with the idea won’t stand behind it, why should they expect anyone else to?

Commitment to your own ideas is paramount. But also remember Franz Reichelt, as an example of conviction in an idea gone too far. He jumped from the Eiffel tower in 1912 to prove to the world that his parachute design worked, and fell to his death. You can even watch a film of his fatal attempt.

3. Even the best ideas meet resistance

Before the tower’s construction had begun, the French elite rejected its design. Soon 300 of the most well-known artists and poets of Paris joined together as “The Committee of Three Hundred” to write an open letter to Eiffel and the city, demanding the project be stopped:

We, writers, painters, sculptors, architects and passionate devotees of the hitherto untouched beauty of Paris, protest with all our strength, with all our indignation in the name of slighted French taste, against the erection […] of this useless and monstrous Eiffel Tower…  imagine for a moment a giddy, ridiculous tower dominating Paris like a gigantic black smokestack, crushing under its barbaric bulk Notre Dame, the Tour Saint-Jacques, the Louvre, the Dome of les Invalides, the Arc de Triomphe, all of our humiliated monuments will disappear in this ghastly dream… we shall see stretching like a blot of ink the hateful shadow of the hateful column of bolted sheet metal.

Even our wisest and best people, by human nature, resist new ideas. We forget that some of the greatest ideas we’ve had as a species faced great doubt on their long road towards acceptance. This means anyone with big ideas needs to understand that the best ideas don’t always win. Merit is not enough. It’s wise to expect resistance, invest in skills of persuasion and try to learn from the feedback you hear before you dismiss it. The reason why Eiffel won is, in part, due to the relationships he built the society of civil engineers, and the investments he made in explaining to them why his design was superior to others.

The original agreement for the tower was that it would be torn down in 20 years. Part of the criteria for the design competition was that the tower must be engineered in a fashion that would make it easy to take apart. But Eiffel made careful investments in an attempt to prove the long-term value of the tower. He never wanted it simply to be a decorative delight. Instead, he imagined it as both a symbolic and practical embodiment of the future of science and technology.

He financed experiments in wireless telegraphy and radio, including the installation of one of the first antennas in France. This antenna proved sufficiently useful that it justified keeping the tower intact instead of destroying it, allowing it to remain the tallest building in the world for nearly 40 years. Eiffel even had a science laboratory installed not long after opening day, where experiments in meteorology, astronomy, and even aerodynamics were conducted. His commitment to the long-term vision of his idea is a major part of why the building still stands today and is loved by so many people for so many different reasons.

[To celebrate the launch of my latest book, The Dance of the Possible ,  I’m sharing stories related to the book you can see the series here]

11 Responses to “What We Can Learn From The Eiffel Tower”