I spoke at TEDXDepaul last month and it was a fantastic event. The organizers Daniel Gurevich and Matt Helbig did a fine job from a speaker’s perspective. They chose a great venue, sold every ticket, paid for good A/V, the stage was well lit, and they had a great roster of other speakers (you can read my notes on all of the talks from the day here).

But there’s only so much organizers can do: speakers have to do the heavy lifting of good material and delivery.

Tactical mistakes are annoyances. If the material and delivery are good, people will overlook these problems. But a good speaker wants as few distractions from their ideas as possible. There were two tactical mistakes speaker’s made at TedXDepaul worth reporting.

If you hold a device, it creates glare that moves.

Marcy  Capron of Polymathic chose to use an iPad for her notes. There’s nothing wrong with notes themselves, or iPads, but in this case the stage lights reflected off her iPad onto the screen and walls behind her. And every time she adjusted the iPad, those glare spots moved around. It’s hard not to be distracted by bright things that move on a large screen.

If you plan to have a device on stage, ask for a run through with the stage lights on to check for anything unusual. If there are glare issues, most venues can provide a lectern to place your device on, eliminating this problem. 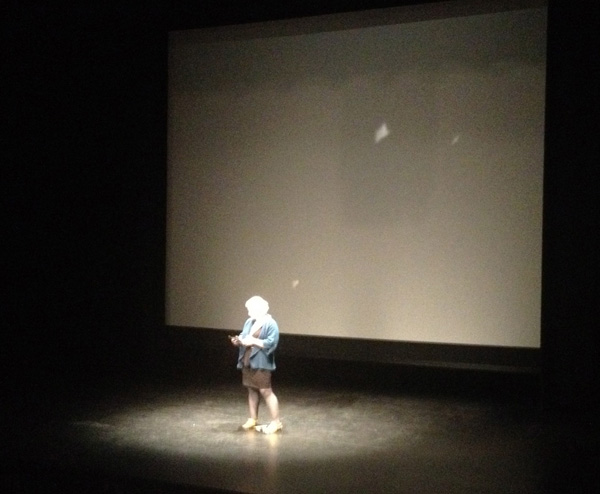 Doug Zell of Intelligensia Coffee arrived late, and joked about it, which bothered me all on its own. The primary commitment every attendee and speaker have made is their time, and it’s a sign of great disrespect to be late, much less to joke about it (Apparently he was in a bike race earlier in the day, and would have entirely missed his speaking slot if the event wasn’t running late).  He  had a cavalier attitude about the whole thing which rubbed me the wrong way. His talk on branding was good (notes here), but he crossed the line for me on professionalism. You must show your hosts, fellow speakers and audience respect. He was the closing speaker and hadn’t seen a single talk for the entire event.

The specific tactical mistake he made was keeping his biking hat on. As you can see here, wearing a hat on stage puts a speaker’s eyes into shadow. Eyes are the most important part of the face to connect with, and a hat hides them. Good lighting amplifies the problem, as it casts the rest of a person’s body into good primary light. 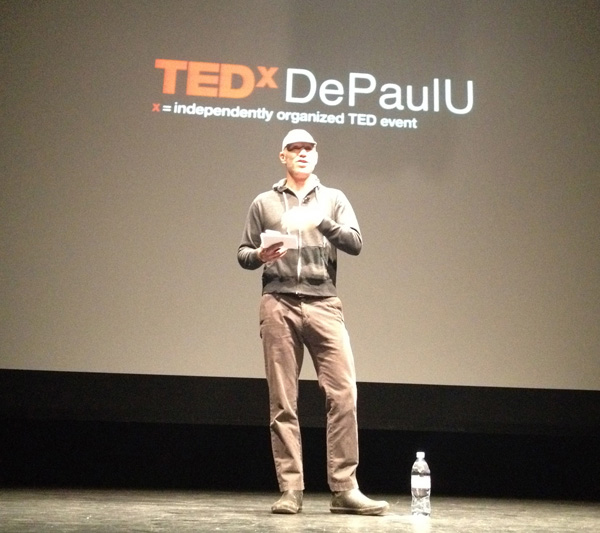 If you’re looking for a pre-speaking rundown of things to do and avoid, here’s my handy checklist for speakers.

7 Responses to “Why hats and iPads are speaking mistakes”