I’m here in NYC all week on book tour for The Year Without Pants (full schedule here). There is nothing fancy about book tours: it’s all hustle, from organizing them, to living through them. I’m not Stephen King or J.K. Rowling, who maybe have everything arranged for them. For me I take charge or organizing and planning, using my network to find places interested in having me speak about the book. I work out a schedule, and then it’s all just showing up and trying to pack in as much as I can: often I give 3 lectures a day plus interviews and some lunches and dinners with old friends (or reporters interested in the book).

Amy Packard and Tess Woods are publicists from the book’s publisher (Jossey-Bass) helping get local interviews and media coverage, and it’s great to have help. They get the books out to reporters and give me some to give away. But the author is generally sought after at the center of marking a book: every interview or radio/TV show wants to have a person, not a book, to interact with. No matter how much help you get, it’s intense, chaotic and fun in a twisted way as marketing a book has at best a distant relationship to making the book itself. I simply accept it as part of the job of being a full-time author. I’ve been lucky to work with two publishers (O’Reilly Media and Jossey-Bass)  that have supported doing tours and been partners in making them successful.

Here are some short stories and photos from my first couple of days.

What’s always funny is it feels great to be invited on radio or TV shows, until you arrive. Then you realize you are just one tiny slot in a day filled with interviews similar to yours. Monday started with a 15 minute slot on ABC News Radio. 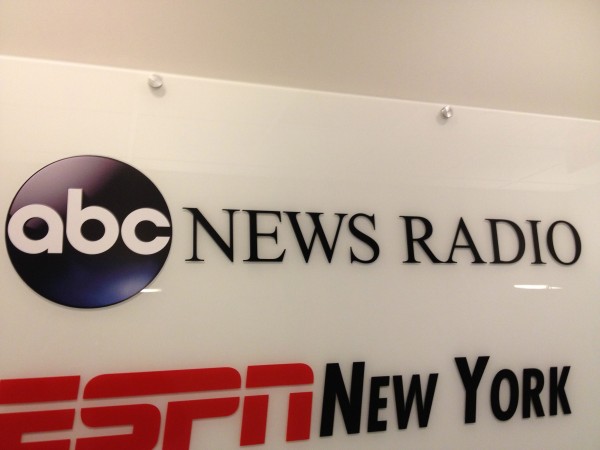 And as wasn’t a surprise, the front security desk seemed surprised to have guests at all. It’s amazing how confused these security folks often are at the concept of a show guest arriving and needing help to figure out where to go. Notice how their entire security system is on paper. 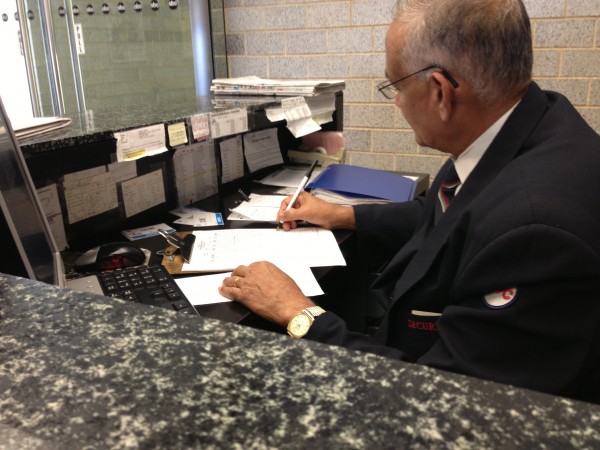 Whenever you hear someone on a radio interview, this is what they see while they’re speaking. Radio studios often aren’t great to look at, and TV studios often aren’t stunners either, except for sound studio where they actually film. Sometimes it’s hard to even make eye contact with the radio show host, as there’s a wall of equipment or shelves between them and I. 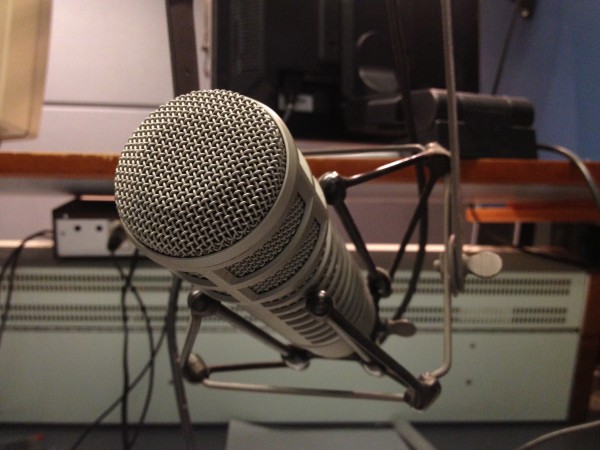 Next stop on Monday was CUNY’s Graduate school of Journalism, a beautiful building just a few blocks away from The New York Times, where I’d be speaking a few hours later. 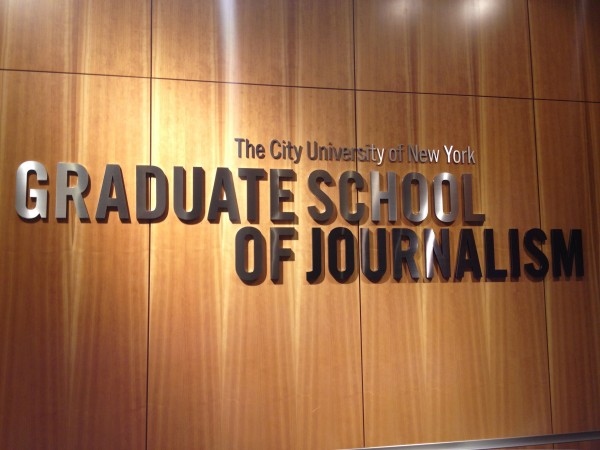 Their main student lounge is set up like a TV newsroom, with a big open space and TV screens showing news, twitter feeds and more. 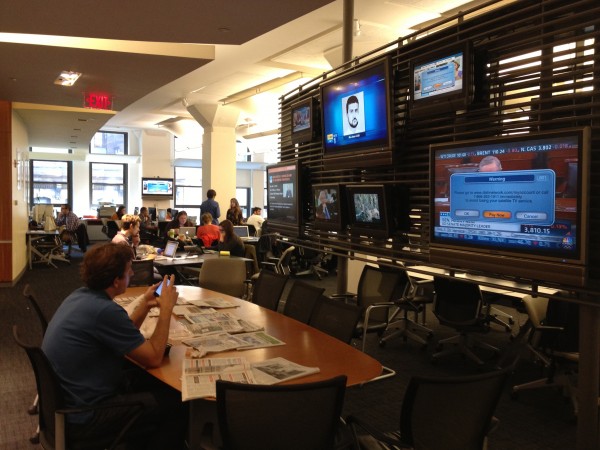 It was a thrill to head inside the new New York Times building, having read the Sunday edition of the paper regularly for years. 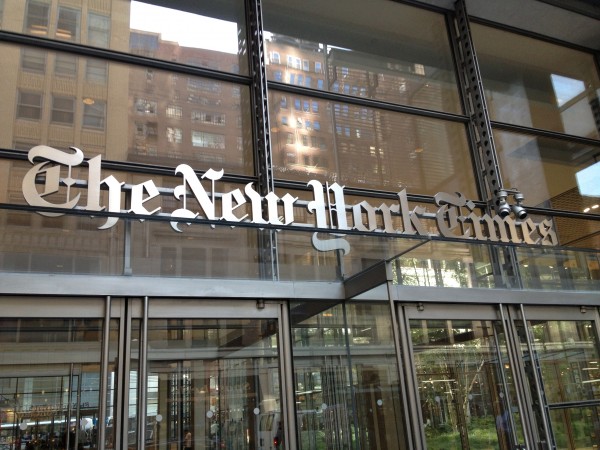 Just walking around the different desks, organized by sections of the paper, made me realize how much of a fanboy I was. 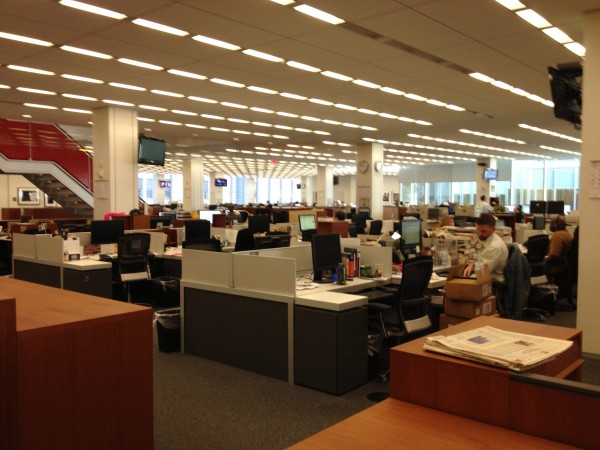 Tuesday night I spoke at he NYC WordPress Meetup (lecture #3 for the day). You can see here a no-frills lav microphone. Had a nice crowd of about 70 people. Thanks to Dan and Beau for the photos of me in action. 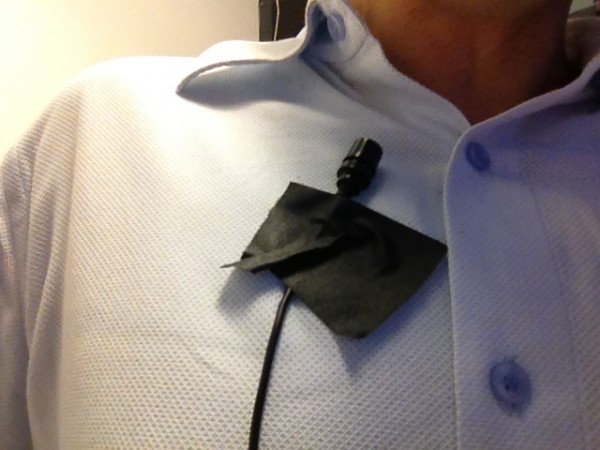 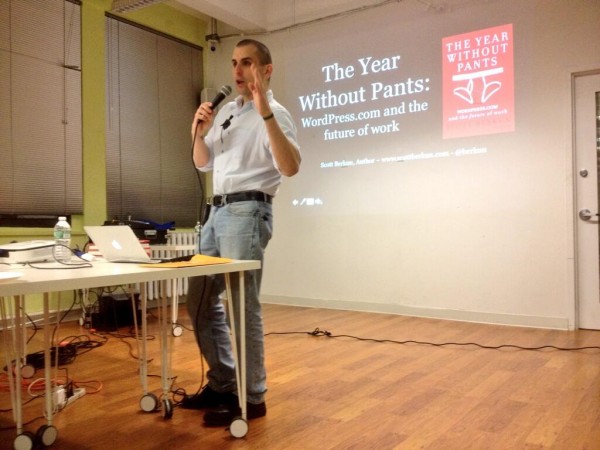 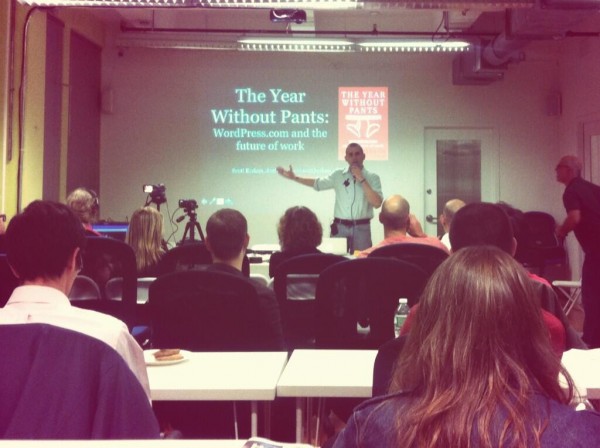 The meeup was held at the impressive Alley NYC, a startup incubator and community center, which, from the signs, had trouble with elevator behavior. 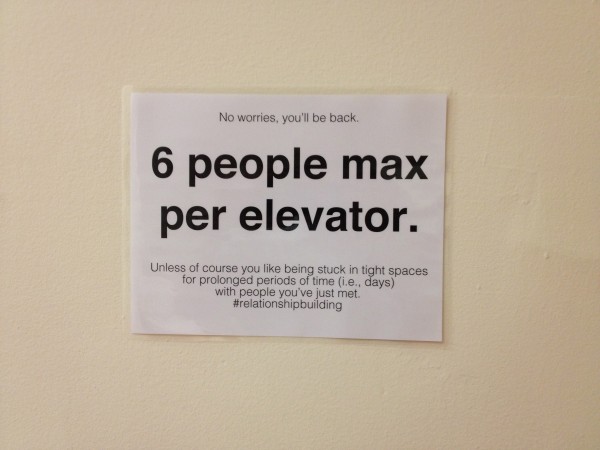 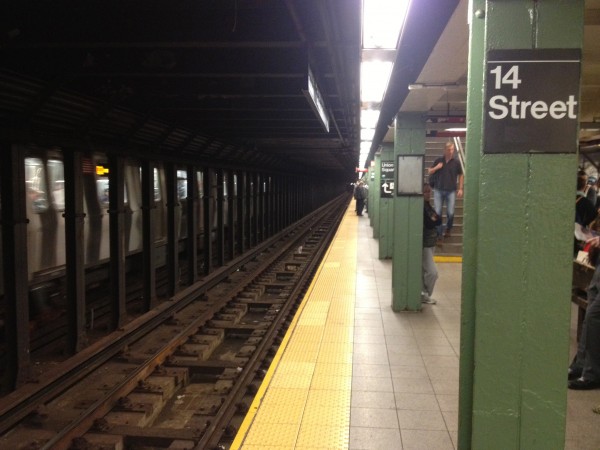 This morning I had two early interviews, and then headed to a lunchtime talk at Google’s NYC office. Notice how they got the title wrong on their otherwise nice poster (and the mistake was corrected! nice). 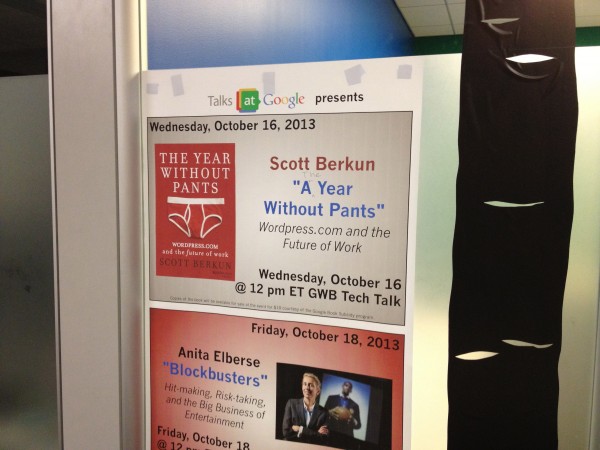 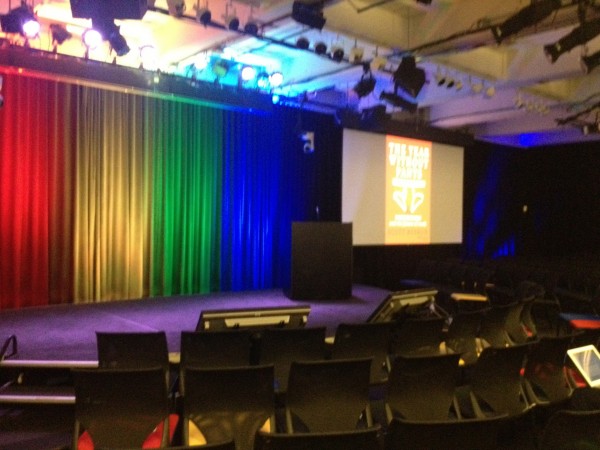 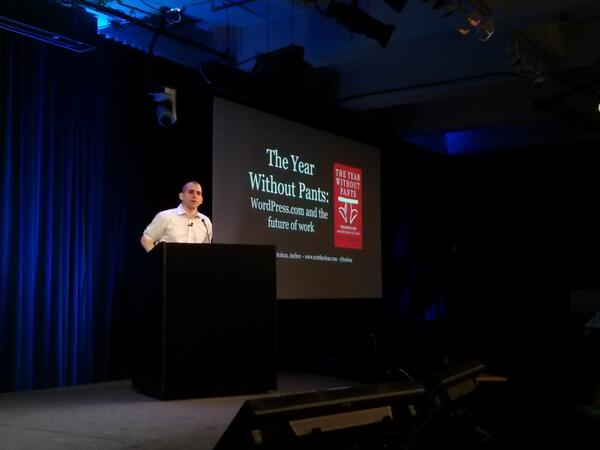 Tonight I’m at NYU’s Stern school of business and I hope to have more stories for you tomorrow.

Leave a Reply to Susan