I’ve yet to hear my dog ask about the meaning of life and he seems pretty satisfied with existence. You could conclude that we’re better off not even asking about meaning. Kids don’t ask it, at least not with the same angst adults do. There is mild merit to the phrase ignorance is bliss, as ignorance comes in both pleasant and painful forms. If yours is the former, and you don’t fear boredom, you can float with contentment along the surface of existence never exploring what’s beneath. There’s a zen proverb that says “Before enlightenment, chop wood, carry water. After enlightenment, chop wood, carry water” and I consider this saying often. No matter how much you understand or don’t about your life, you still have to do the living.

Most of living involves simple tasks. The answer to the meaning of life question might just be there is no meaning other than living life for it’s simple pleasures and responsibilities. Modern life has millions of people who need kindness and there are thousands of skills that can be learned and put to good use. There’s plenty of obviously good meaningful things to do. But we have choose them, they usually do not choose us.

It’s notable that the people who ask the titular question most often are those who have a life successful enough to be beyond struggling to survive. You don’t hear this question much from people in need of work, scavenging for food, or running for their lives in fear on a regular basis. Most living things in the history of the planet never bothered to need to ask this question in part because they were too busy trying to stay alive to have a need to occupy their minds with metaphysical questions.

Kafka (possibly) wrote “the meaning of life is that it ends” which I love. Our choices matter because they are finite. The time I spent writing this essay was time I will never get back. Eventually I will die and and all my time will be gone forever. Even if no one reads this, or I decide later I hate it, it still has meaning to me because it’s where I chose to put part of my life. How I prioritize my time defines what my life means. This is pragmatic meaning. Meaning is not an ideal or platitude but something that I manifest in actions I take, or don’t take. In other words, the meaning of life is who you talked to, who you loved, who you helped, who you hurt, what you built, what you destroyed, and on it goes. Camus wrote “Don’t wait for the last judgement, it takes places every day”.

Socrates said “the life that is unexamined is not worth living” which appeals to me. However I think there’s possible merit in living without much examination, at least for periods of time, as my dog’s daily life, or a weekend in Hawaii, are proof of the joys of hedonism. The trap is the examined life offers superior pleasures. Unwavering hedonism loses its meaning over time, as we need contrasting experiences to fully realize what we have. No meal is better than one after a fast.

Following Socrates lead, the fundamental flaw in the question is that it’s asked in the singular. As if there was one meaning, written on a sacred mountain, visible only with a special magic spell, and all we need to do find the secret map, cast the spell, and reveal the meaning for 6 billion people as if it were a crackerjack prize. It’s clear there are an infinite number of meanings to life. You can have several of them that serve you in different ways, or that are useful at different times. The meanings of life for an 17 year old boy, is different than for a 27 year old woman, and on it goes. We go through many meanings during life and people who have fulfilling lives take ownership of the process of shedding old meanings and cultivating new ones.

The reason people keep asking the question is it’s a cliche’. It’s the most well known phrase for attempting a philosophical discussion with someone. Most people, even when discussing philosophy, stay in the abstract, shy of sharing their own personal meanings, which contributes to the frequency of the question. We ridicule people who ramble about meaning as navel gazers, but the mistake is merely being shy of the personal and the specific.

It’s fascinating to hear how people translate meaning into the actions of their daily lives, as generally we fail at the process, distracted by shiny objects, status symbols, fears and entertainments. We so rarely share our personal struggles with the inconsistencies of our beliefs and behaviors, but it’s in those conversations the meanings we seek can always be found. 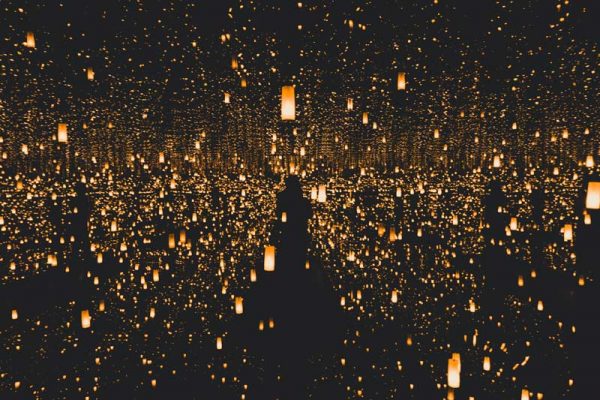 91 Responses to “What is the meaning of life? (and why do people keep asking)”

Leave a Reply to KimDre