On Tuesdays I often write about the top voted question on Ask Berkun (see the archive). This week’s question is from C. with 101 votes] is Why Do Idiots Get Ahead?

I’m a diligent individual, but find it frustrating to continually clean up after the mess “idiots” create – but yet the “idiots” cannot be stopped. I have clout in my organization, yet individuals below me are supported by peers, while I’m ignored.

Your question is an interesting one, but not just for workplaces. As an experiment, lets turn your question around. Why Do Smart People Get Ahead?

I’m not sure they always do. The greatest single factor for how far ahead we get in life is simple: where and when we are born. If you were born in ancient Rome it was 50/50 you’d live past 10 years old no matter how smart you were. Then again, if your Dad was Louis XIV, King Of France in 1644, and you were the first son, you’d be far ahead before you said a single word. There were thousands of other smarter kids born that same day in France, but none were given the same advantages. Monarchy seems pretty limiting to us now, but even today who our parents were defined hundreds of advantages or disadvantages we didn’t pick, but often take credit for. Of course there are no guarantees: many children of the rich and famous often have a terrible time living up to the burdens of those legacies. But my point is there are many factors that define who succeeds in the universe, some we control but many we don’t. Some seems fair to us and some unfair.

Specific to the question of idiots, smarter people get ahead only when they are able to successfully apply their abilities to the situations and challenges they face. Some challenges in life depend more on social skills, passion, empathy, dedication and ambition than smarts. More so, words like smart, dumb, intelligent and idiot are used very loosely. Howard Gardner defined at least nine types of intelligence, including spatial and inter-personal smarts. Depending on what we’re talking about (life? work? sports?) different kinds of intelligence yield different advantages. Some titans of industry have terrible social lives. Many of our most prolific artists struggle with depression. Life is more complex than the simple scorecard we often use to judge others, and ourselves, with. “Getting ahead” seems a lousy measurement, since it demands the question: ahead of whom?

There are five different ideas hidden inside your question, as it relates to the working world: 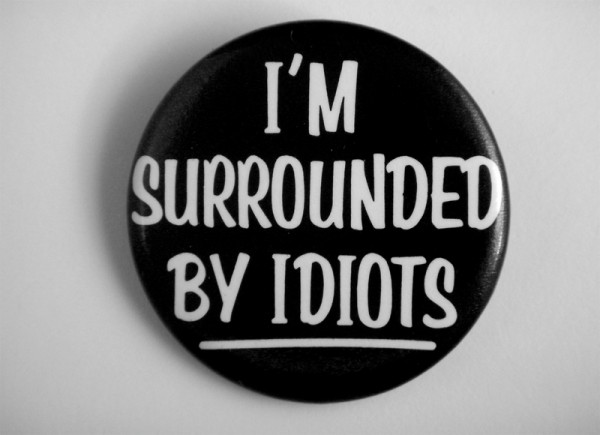 18 Responses to “Why Do Idiots Get Ahead?”

Leave a Reply to GetzelR