Creative abrasion is Jerry Hirshberg’s term for the kinds of friction that helps develop better ideas. Hirshberg, a former design manager at Nissan, realized that some kinds of resistance are useful in the creative process and should be deliberately created by the leader of a team. This could be a timely critique, a barrage of difficult questions or even a temporary reworking of team processes and roles.

This works against the romantic fantasy many have for an ideal creative workplace. Somehow we all have a latent desire for a workplace free of annoying meetings and frustrating bureaucratic processes, where we could just show up at the office, pronounce our epiphany, and have the entire organization immediately swirl around us in support. But Hirshberg suggests good ideas, and good people, need to be challenged to develop and grow. A good idea can withstand critique and hold up, or improve in quality, when compared against other good ideas, while weaker ones will be revealed and fade away.

In his book, The Creative Priority, Hirshberg documents various kinds of abrasions, including:

He also noticed how his choices as manager would sometime generate dual responses from his team. It both made them uncomfortable and had effects that they appreciated, and this duality signified to him that his abrasions were having the desired effect. For example, when Hirshberg made his team’s  prototyping process much faster:

Jim McJunkin, a meticulous designer from Texas, felt that “God is in the details and the nuances, and these take time to resolve.”… But McJunkin then countered himself with the observation, “I like the imposed haste. I’m a perfectionist, and it’s a nice counterbalance to my workstyle… there’s something provocative in the unfinished-ness of the models,” a statement that implicitly acknowledged the added value of the modelers’ creative instincts in these spontaneous interpretations. (p. 44)

Jim McJunkin noted that “it is the abrasion of tiny air molecules that creates the beauty of a shooting star, without which it would be just another rapidly moving, cold and anonymous piece of rock.”

However, too much friction, or friction of the wrong kind or at the wrong time, can be just as bad, or worse, as not having enough. Hirshberg is clear the goal isn’t to force heated debates or make people upset (although that may happen at times). Instead, it’s the deliberate use of energy to make a kind of forcing function, that pushes people to dig deeper, rethink harder and explore alternatives they would be unlikely to choose to otherwise.

Deciding the right kind of friction to apply is a subtle skill that many managers never master. It depends heavily on understanding the culture of the team, the personality of each individual, and the ability to make friction something interesting and that raises curiosity, rather than feeling like a penalty. It’s also heavily dependent on timing: much like working a campfire, you have to use different kinds of friction and fuel to start it, grow it, or to just keep it going.

The legendary research lab at Xerox Parc, where the GUI, Ethernet and the laser printer were invented, was led by Bob Taylor, and his approach to management might be one of the labs greatest creations. Alan Kay, who worked for him, said about Taylor: “His attitude kept it safe for others to put aside fears and ego and concentrate objectively on the problem at hand.”

Taylor encouraged open criticism and debate, in a weekly meeting in a room filled with beanbag chairs. The goal wasn’t to tear other people down, but to push, inspire, and challenge everyone to explore their ideas deeply. Taylor put the ideas, and ideas about ideas, at the center, and moved politics, posturing, and hierarchy to the perimeter. Taylor was likely an excellent facilitator of discussions, helping make sure there was just the right amount of friction.

All too often managers hear about a concept like creative abrasion and rush to apply it, without fully understanding how it works. Hirshberg shares this story:

After hearing about [creative abrasion] at a meeting at NDI, a group of executives from Salomon, the great French ski equipment manufacturer, attempted to apply it. When they returned to San Diego from France a few months later for a design review of the ski boot concepts we were developing for them, one of the vice presidents said, “Well, we have the abrasion part down pat!”

This reveals that the notion of friction applies to the manager’s own work as well. It’s inevitable that the use of friction as a tool will force questions about how a company or team are organized and the process that managers use. This is healthy and can lead to progress, but for insecure managers who fear change, it’s also terrifying. Creative abrasion can be seen as slowing things down or working inefficiently when it should instead be seen as one of the few ways to provoke better and more original thinking to happen.

But even if all the strategies suggested in this book were invoked and followed religiously, creativity would still sit uneasily within bureaucratic bounds… None of the procedures is designed to make it a comfortable, obeisant, timely, well-oiled cog in traditional or enlightened bureaucratic machinery. Instead, the strategies were conceived to help overcome the knee-jerk resistance that inevitably accompanies the creative process, and to recognize the unease as a sign of its probable health.

Hirshberg’s book is a worthy read, especially for design managers or R&D lab leaders, as many of the stories he uses to illustrate his ideas come directly from his management experience. 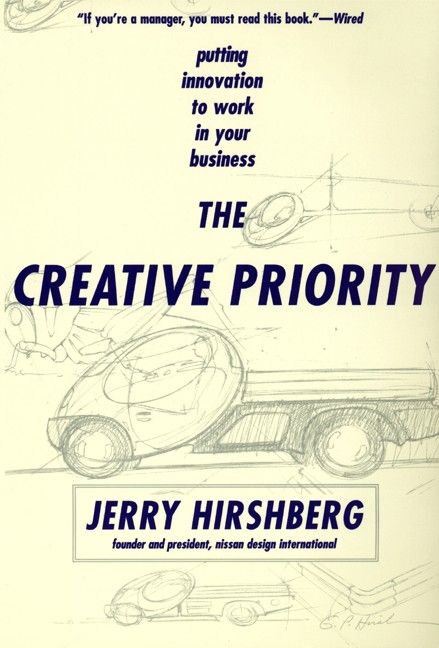 9 Responses to “How Creative Friction Can Help Your Team”