I needed a break from working on my first book. I decided to drive from Seattle, WA to Denver, CO to visit Chris McGee one of my best friends from Carnegie Mellon University. 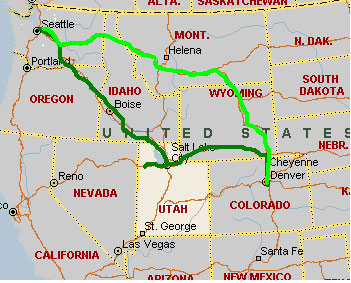 Here’s the travelogue I wrote on the way:

2 Responses to “Stories from the road trip: Seattle To Denver 2004”