Two heroes in the pantheon of inventors are Thomas Edison and Nikola Tesla. Of their many contrasts (ethics being among them) an often overlooked one is their divergent approaches for how to solve problems. The book Empire of Light is a fantastic telling of the entire story of American electricity, and Edison and Tesla’s initial partnership and later rivalry, but it also touches on the attitudes about invention.

Edison is famous for his affirmations of hard work as a key ingredient in invention:

It’s good advice. Finding the idea for something is rarely the hardest part in bringing it into the world. Instead, it’s the willingness to work on the long list of little issues that must be solved to bring an idea to fruition (or the marketplace). In problem solving lingo, this kind of approach is called brute-force. You apply great energy to try out many alternatives, cheaply and quickly if you can.

Tesla had a different approach. His intuitive understanding of the principles of science allowed him to think about problems in ways Edison either could not, or did not want to. Tesla wrote:

With the rise in popularity of Tesla as a mythic hero, and Steve Jobs as a latter day Edison, it’s easy to want to take sides. But when it comes to problem solving, both of them were right. There is rarely one mother of invention – there are always many possible ones.

The best approach to problem solving is synthetic: to use the synthesis of both ways of thinking to serve you. You should be willing to apply brute-force, but also be willing to do thinking in advance to make solving a problem easier.

Decades ago, in my computer science classes, there was a clear divide among my programmer peers. When given a new assignment,  some would jump right in to writing code. I’d call them little Edisons. Others would put the keyboard away, and think for a while on paper. They’d sketch things out, and perhaps ask a question or two online. These were the little Teslas.

Which one do you tend to be more like in how you approach problems? 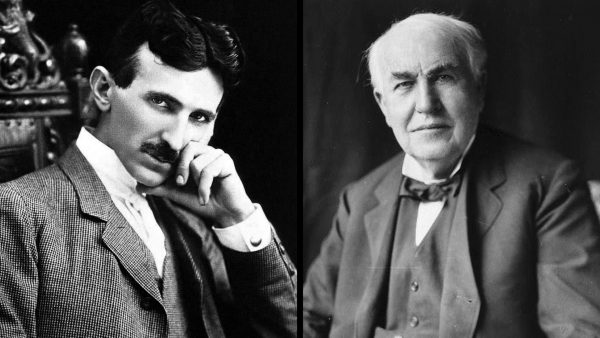 19 Responses to “Edison vs. Tesla: two approaches to problem solving”