We are all agreed that your theory is crazy. The question that divides us is whether it is crazy enough to have a chance of being correct.  -Neils Bohr

Many creativity exercises force you to spend time with ideas, or problems, that seem absurd or uninteresting. Often with enough persistence an idea can transform, invert, pivot, or crystalize into something very different from what you thought it was. That transformation may never happen if you don’t spend enough time getting to know the idea to see where it can go.

But as is always the case with ideas there are no guarantees. Your best idea may lead you for years in a direction that, in the end, is impossible. Other times what seems your worst idea, given enough attention, might be the best idea you’ve ever had.

The only true mark of a creative is someone willing to entertain any idea for a time, to play with it and kick it around, for they know you never know at first glance what an idea really is. 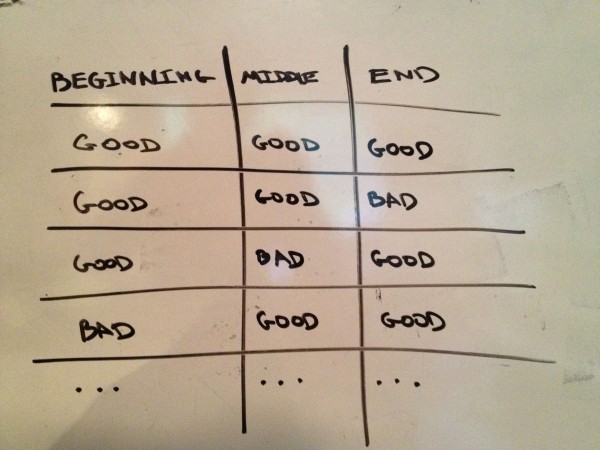 One Response to “Idea beginnings and endings”