Historical note: a disturbing element of history is its unfairness to women. The majority of our most famous inventors and discoverers are men in large part because women were denied the education and opportunity required to make similar achievements or to get credit for them.

It’s hard to identify a singular cause but there’s evidence the shift to monotheism changed what had been a more balanced view of gender power, when there was still respect for male and female roles, into masculine centric cultures (see The Alphabet vs. The Goddess). Even by the time of the Western Enlightenment, women were still given few opportunities to study, work in pioneering fields or to receive acclaim for their work. This is a subject well beyond the scope of this post.

Much of my work is studying the true history of scientific, technological and artistic ideas (see The Myths of Innovation). From that research these are the women who had the most impressive careers and achievements.  My criteria defined innovation as significant positive change, which led me to focus on women who made profound contributions to their fields (I list notable mentions and more about my process below). I’m an American, so there is unavoidable U.S. bias, although I attempted to explore as many different histories as possible.

Queen Elizabeth I had an astonishing autonomy, one of the first female heads of state, but her reign didn’t achieve much of lasting impact. Of course, she may have inspired many women of later generations, but it’s hard to measure that on a list like this. Margaret Thatcher and Hillary Clinton also surface in political history, but their works and visibility, while notable, were hard to stretch into innovations. Alison Bechdel came to mind for her Bechdel test which will blow your mind if you’ve never heard of it. 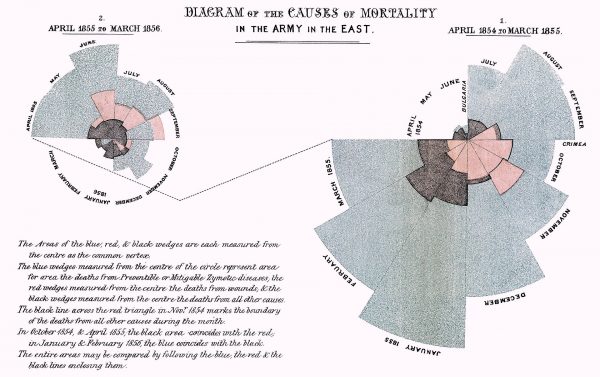