In this edition of Ask Berkun, where I pick the top voted reader question and answer it, this time it’s one of my favorite subjects:

How Do You Transform Fear?

I grew up thinking fear was binary and that heroic people simply knew how to turn it off, or, perhaps more disturbing, never felt it at all, which is part of the definition of a psychopath. This absurd notion is reinforced by nearly every major heroic film of the last 50 years, where coolness are stoicism are the defining characteristic of the main character. Since films rarely share the interiors of character’s minds we can’t know what these characters felt, if anything, as they faced their enemies alone. It’s implied they were so brave they didn’t feel fear, but that’s a mythic lie. Read any non-fiction book about any great hero in any arena and the stories are fundamentally different as far as emotions are concerned. 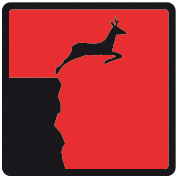 The great lesson I’ve learned about fear is that courage is being afraid and doing it anyway rather than the absence of fear. This demands having a relationship with fear, or more precisely a relationship with the fears inside us. We all fear different things in different ways and without exploring those fears, where they come from and what kinds of bribes they take, we can’t have interesting lives. The people who seem the most victimized by fear are often the ones who’ve spent the least time trying to understand it, or the ones most lost in the heroic mythology of attractive psychopaths with guns charging confidently over the hill towards certain victory.

The only way to learn courage is to do something you’re afraid of. This is obvious but fears are emotional, not rational. Children learn by doing what they fear and it’s how adults learn too. Perhaps you start small and increase the stakes each time. Only then can you compare how the fear before doing the thing compared to the feeling of actually doing it and finishing it.

It’s rare for anyone to say, in retrospect, “that was much scarier than I thought it would be.” Generally we say the opposite. Why is that? It’s because fear is a kind of imagination. Our fears can instantly invent amazing vivid worlds of danger and disaster. And since fear is irrational it is not bound by logic, reason or knowledge, even though real life is. Therefore you can’t usually overcome fear with rational thought alone: it’s mastery of your emotions that matters more. It’s telling that the scariest thing for most adults is simply to share how they really feel with people they know. We’ve afraid to explore our feelings which creates a natural trap for us, since fear is emotional.

Comparing the fear you felt before doing something with how you feel afterwards is the tool for transforming fear. It’s only through that comparison, again and again, that you grow more confidence in deciding you’re going to do the thing anyway. You have to have some other feeling you’ve developed that you trust more than the fear. It could be love, hate, anger, passion, commitment, friendship, just about anything. Sometimes I do scary things purely out of self love: I want the future version of me to look back and say “wow, I did that. If I could do that, then I can do this.” And on it goes. It never ends. I know I will never run out of things that scare me that I should probably do, which means I need to continually re-experience the cycle of being afraid, doing it anyway, feeling good and then finding something new to be afraid of.

But this process is personal and that’s where people fail. We want our discoveries of ourselves to come directly from a book written by a famous stranger we admire. Or through a course or a lecture. We want transformation to happen without any risks or pain. These expectations are consumerist traps: no one in history became more confident simply because they consumed something. You only become more confident by doing things where you, as an individual, are exposed to truths about who you are. TED talks are consumption. Books are consumption. Listening to your adventurous friend, who seems so brave, talk about jumping out of airplanes, or running with the bulls, might briefly inspire you, but it’s still just you passively consuming a story from someone else that makes you feel good in some way.

Part of the fallacy is the belief that fear goes away. That once you’re brave and you’ve done something scary you’ll never fear it again. This is part of that heroic mythology again. If you read interviews with the greatest performers, whether it’s musicians or athletes, they’ll tell you they feel fear every time they get on the stage or the playing field (See Attack of the butterflies). It’s a romantic illusion that anyone is stoic enough not to feel any fear at all when doing dangerous and risky things. What’s impressive about these people is they’ve cultivated ways to manage their fears, to work with, under, over or around them, to achieve amazing things. I’ve always found FDR’s quote “There is nothing to fear but fear itself” strangely recursive: if you have fear, and fear fear, then aren’t you worse off? Being afraid of fear is precisely the problem. We presume if we’re afraid there’s something wrong with us or what we’re doing which is nonsense. What Churchill meant is not to give in to fear. We can’t be primarily motivated by it.

Nietzsche had this notion about energy, and that a person who could convert positive and negative energy into fuel would be the most powerful kind. I figured this out for myself on the basketball court, learning that when I got angry over a bad play I’d ruin the next play too. My response to a mistake was to increase the odds I’d make another one, the worst kind of response. It was only by learning how to use that anger to help the next action, say by using the anger to run back faster on defense, that I could convert that energy into something that helped me rather than hurt me. When I read it in Nietzsche it confirmed something I already knew: that the work of self discovery was to learn how feelings of hate, love, anger, joy, jealousy, and even pride can be fuel that you can direct in ways that help rather than hurt.

Years ago I read in the excellent book Brain Rules that the biology of fear and excitement are similar. In both cases our good friend the amygdala prepare our bodies for something interesting to happen by opening blood vessels, raising the heart rate, and adding adrenaline to the hormone mix. But the amygdala is too primitive to have notions of good or bad, exciting or scary. It’s our conscious minds that apply the labels afraid or excited. If you think about it many of the most interesting moments in our lives are combinations of fear and excitement: it’s not one or the other. Our bodies are built for fears from 10000 years ago, when our lives were at stake in every moment. So little of our lives involves anything with these kinds of risks anymore, but the amygdala hasn’t figured that our yet. This means when there is fear in your heart there is opportunity too, if you’re willing to do the work to find it.

I must not fear.
Fear is the mind-killer.
Fear is the little-death that brings total obliteration.
I will face my fear.
I will permit it to pass over me and through me.
And when it has gone past I will turn the inner eye to see its path.
Where the fear has gone there will be nothing.
Only I will remain.

[This topic partially inspired by a Facebook comment by Heather Bussing. Here’s a related article she wrote]

9 Responses to “How do you transform fear?”