The more creative the project, the more subjective the answer is for when it’s finished. If the project was to eat an apple for lunch, you’d know you were done when only the core remained (unless you were very hungry and ate the core too). But if the project was to create a powerful dramatic film about a troubled marriage or a believable science fiction novel about a civilization powered by core-less apples, success is not objective. In fact what makes a work loved by some people are exactly the reasons why other people will hate it. Accepting a project as finished means, in part, seeing its flaws but accepting them as necessary to achieve its graces. A perfect work of art, if there is such a thing, would be perfectly boring.

Many people complained, and still complain, about the long, silent sequences in Stanley Kubrik’s 2001 A Space Odyssey. Yet it’s one of the most influential science fiction films of all time. Gauguin, and most of the art world, thought Van Gogh’s paintings were underworked and unrefined. And Gauguin was right in a way. But given what Van Gogh wanted to do they were fantastic. Who is right? No one is really. The value of art is decided by two people: the artist and the viewer. Critics and experts have their say, but if you look at something and appreciate it no one can get in your way. And if you hate it, the fact that it’s famous or won awards only makes you hate it more.

We’ve all read books or seen movies we didn’t think were finished, or good, or worth our time. Some are simply overdone and over the top, and perhaps too done (What Dreams May Come isn’t so much a bad film as it is a saccharine one). We forget that even the films and products we hate took years of effort by people who probably did think they were done. One my favorite books is The Old Man And The Sea, a novel I think is perfect, yet many find it childish and overly simple. There is no one singular answer. And much of the criticism and feedback artists hear is really about the wish of the critic to describe a different work, not necessarily a better one.

I have goals for each book when I start, but the goals shift. I’m learning about my ideas as I try to make them real. Even on a successful book it feels like a spiral going around the same core notions, stretching and tightening with each draft (and loop of the spiral). There are false starts. There are wrong directions. Sometimes the best choice is to pivot: this isn’t a drama, it’s a comedy! And with that single change waves of new energy ripple through the entire work. It’s scary to make big changes, but there are no rewards without risks (and that’s what the undo button is for). But with each draft I expect the scale of the problems to get smaller. Eventually the problems I see are about polish, in sentences or paragraphs, rather than chapters and themes. I believe in testing drafts of work by consuming it the way readers will. If I’m in doubt about a book being finished I’ll sit down and read the entire draft from the first page to the last. I’ll ask honest friends to do the same and listen to their opinions. That’s the only way to refresh in my mind what the draft really is, or isn’t.

Questions to ask if you’re not sure if it’s done:

Always remember creation requires risk. If you knew for certain what you were making when you started and that you had all the skills required to do it, why bother? If you are ambitious, not all of your projects are going to work out. Every novelist and entrepreneur has abandoned projects over their career (Michelangelo and Da Vinci were notorious for not finishing works). Or released mediocre work into the world (e.g. Bob Dylan). You may decide a project isn’t done, but it needs to be put away for awhile, while you work on something else. That’s fine. Abandoning works isn’t a crime provided that’s not what you do on every project. But all ideas demand grunt work that has to be done. If you’re not committed enough to do the grunt work for your own ideas, who will?

The more works you release into the world and say “it’s done!” the better your judgement will become about when something feels finished to you, the maker. And the less afraid you’ll feel about handling the feedback from the world. Charles Dickens released most of his books a chapter at a time: maybe you need to work in smaller chunks of doneness. Every time you say “it’s finished” you’ll get better at sensing if a project just needs another round of polish, or that it really does need to go back into the shop for an overhaul. Your intuition as a creator needs mileage to get improve and you can’t get it if you never finish anything. You want to be a creator who can look back to past finished projects to compare with the unfinished one you’re working on now. There’s only one way to get there. 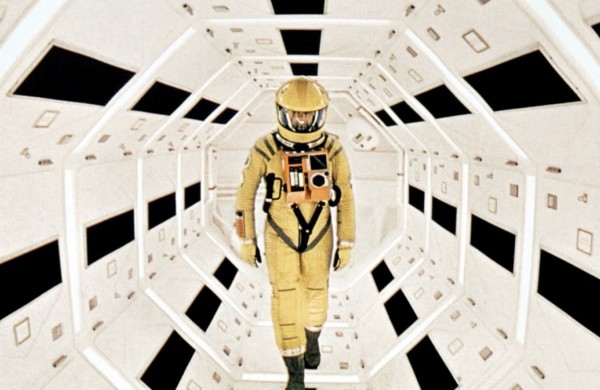 7 Responses to “How Do You Know When You’re Done?”