[Originally published at Harvard Business as Does Size Matter For Ideas?] 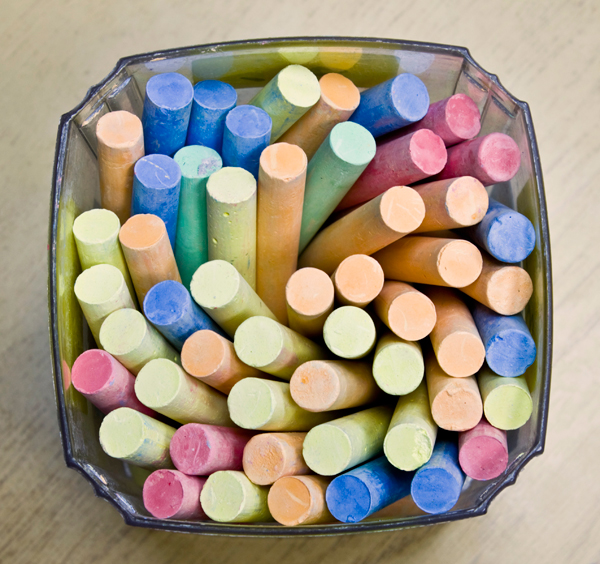 Americans are preoccupied by the size of things: big houses, big sandwiches, and big salaries. At leadership retreats, and in the bestselling books we buy, we seek grand thoughts. The basic logic we use is the bigger the idea, the bigger the value, but often that’s not true. There’s a myth at work here: the assumption that big results only come from radical changes. There’s good evidence for a counter-argument.

The problems that plague organizations, or hold them back from greatness, are often small things that happen to be consistently overlooked. The lack of progress or greatness isn’t because there’s a grand idea missing. Instead the cause is a simple idea prevented by bureaucracy, killed out of ignorance, or buried under incompetence. If those simpler, smaller, ideas were set free, the effect would be as potent as any grand theory. Somehow we discount simple ideas for being playthings, for being too small to be worthy, not recognizing the surprising power hidden in what seem to be our smallest decisions.

The McDonalds brothers had a very simple idea. They made hamburgers at a few stands in San Bernardino, California. And as any reasonable owners would do, they wanted to run those stands efficiently. How did they do that? They tried to make the process for making food repeatable, an assembly line for food construction. Any homemaker or line cook of the 1950s made the same discovery, as making school lunches, or eggs over easy, again and again motivates this kind of thinking.

Had you shown the McDonalds’ business plan to any of the great business minds of the day, they’d have thought you were insane: they’d have said the idea wasn’t big enough to warrant interest of any kind. Fifty years later, McDonalds has 30,000 locations and $22 billion in revenue. Certainly not all of that value can be attributed to the simple notion of creative efficiency, but dedication to the notion did enable their early domination of competitors. The point is simple: a small idea, applied consistently well, can have disproportionately large effects. Ray Kroc’s insight was not finding a big idea, but in seeing how a little idea, done right, could become big.

Put another way, what I’m describing is leverage. Rather than worrying about the size of an idea, which most people do, it’s more productive to think about the possible leverage an idea has. To do this requires thinking not only about the idea itself, but how it will be used. An idea can have a different amount of leverage depending on where, when and how carefully it is applied. One old idea from one team in your company, reused in the right way on another team unfamiliar with it, might just have transformative effects.

In Atul Gawande’s book The Checklist Manifesto, he explains how the simple idea of a task list, something used by aircraft pilots for decades, has improved patient safety in surgery by 30% or more. Hospitals didn’t need a breakthrough technology. There wasn’t a new theory or grand vision. A simple act, with a simple, old tool, had incredible, and surprising, leverage.

There are many dubious stories in the history of innovation, and some, despite their improbability, make valid points about the nature of ideas. Charles Steinmetz (or Edison, or Tesla, depending on the version of the legend you hear), holder of over 200 patents, retired from General Electric. A complex system had broken, and no one could fix it so they hired him back to consult. Steinmetz found the malfunctioning part and marked it with a piece of chalk. He submitted a bill for $10,000. The GE managers were stunned and asked for an itemized invoice. He sent back the following: Making the chalk mark $1, Knowing where to place the chalk mark $9,999. Ideas are like chalk marks: as simple as they seem, knowing where, when, and why to use even the smallest ones can make all the difference in the world.

[Mentioned by lifehacker and 99u]