A favorite theory I wish was more well known is the Satir Change Model. It’s popular in some circles, but often when I mention it in talks at events few have seen it before.  Virginia Satir was a family therapist who studied how families behave, and in particular, how they respond to change. Her ideas have been successfully applied to organizations and groups of people. 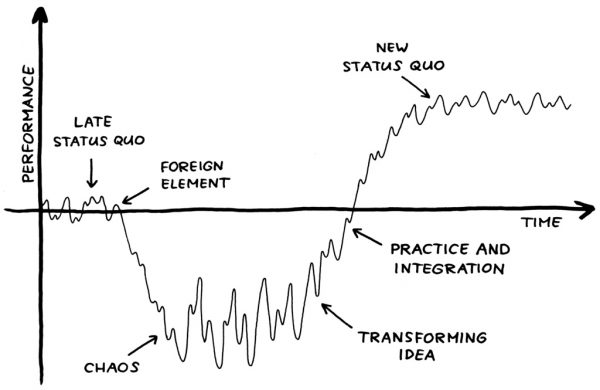