Last week I saw Ian Bogost speak at Town Hall Seattle about his new book, Play Anything: The Pleasure of Limits, the Uses of Boredom, and the Secret of Games. Of the many ideas he offered about how to think about fun, he shared three stories that stayed with me more than anything else he said.

In the end I’m left feeling there’s something shallow about the isolated quest for fun, which I admit I was on as I was attracted to the lecture. Looking back now, the very idea of going to a lecture about a book about fun seems like a very un-fun thing to do. The more time you spend thinking about fun, the less fun you’re probably having. It’s a common problem with  philosophers, who in all of their thinking lose the very thread they’re trying to follow (e.g. great thinkers on life and love who failed to ever get a date). Inquiry is useful for a time, but soon there are diminishing returns in abstractions.

If I tried to explain all of this to a college student half my age they’d think I was crazy, as most twenty year olds are surrounded by people and situations heavily oriented towards having fun: it’s not something they’d think you need to go out and find. And in truth it wasn’t a particularly fun crowd or an especially entertaining experience, but who in their right mind would expect either of those things AT A LECTURE? Perhaps there is something to learn from the fact that this is not where people who are good at having fun go on a Friday night in Seattle (Yes, it was a Friday night. In my defense I DID have much fun at dinner with friends before we went to Town Hall, so there!)

One problem is the quest for fun assumes that we have binary states of fun or un-fun, which is about as true as always being either happy or unhappy. Our emotions are more sophisticated and that’s what makes us interesting. We can be happy and laugh in reminiscing about a tough day with a friend who was there, or, like Bogost’s daughter, use a very un-fun experience as the motivating force to create something more pleasing for ourselves. Fun is as multi-faceted as we are.

A great example of the limits of the term fun are the work experiences that are sold as entertainment. Learning how to be a chef, which is a job, is offered as a “fun and relaxing” experience for groups of friends. People love Crossfit, an exercise program that makes people as fit as marines, in part because of “the community that spontaneously arises when people do these workouts”. The dichotomy between work and play doesn’t hold up for long. Many people love their jobs because they find them fun, or at least enjoyable. When I watch a young band on stage at a concert, it certainly looks fun, even though I know they’ve worked hard at their craft and are technically working as I listen to them ‘play’.

…happiness cannot be pursued; it must ensue. One must have a reason to “be happy.” Once the reason is found, however, one becomes happy automatically. As we see, a human being is not one in pursuit of happiness but rather in search of a reason to become happy, last but not least, through actualizing the potential meaning inherent and dormant in a given situation.

One related insight I learned from improv class is that fun things begin only when someone makes an offer. Someone has to make the first suggestion and give other people a chance to contribute in return. It can be as simple as inviting people out to lunch, to join you in a game, or even for a walk around the park. A wink, a nod, a smile, are all an offer of a kind. Someone has to initiate and create the possibility for an experience to happen. Like Bogost’s daughter we are always free to make offers to ourselves, to invent our own framework for the experiences we’re in, but some people find this much easier than others. Fun is easier to create when people we like, or are seeking fun as much as we are, are around us.

One approach is to think of the people in your life you find fun to be around: what is it that they do or say that makes you feel this way? I’d bet they simply make more offers, of the kind you like, when you are around them than other people do. They invite you into their stories, their jokes, or their hobbies, or find comfortable ways to invite themselves into yours. They share a sense of humor, or a sensibility, with you and offer ways to use that connection and grow it. If we want more fun in our lives then perhaps mostly we need to spend more time with these people or become more like them ourselves. 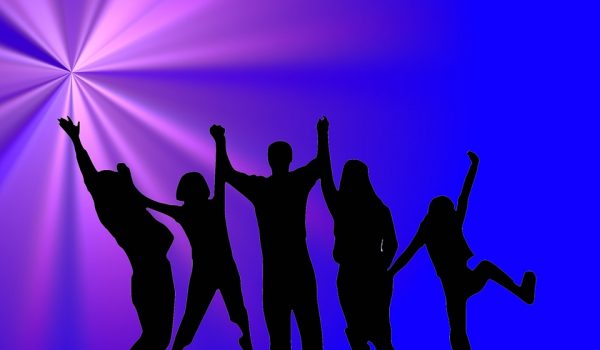 6 Responses to “On The Quest For Fun”