[In 27 days my latest book, The Dance of the Possible: the mostly honest completely irreverent guide to creativity, launches. I’ll be counting down the days until then with the story of an interesting idea, fact or story related to the book – you can see the series here]

In 1968 Spencer Silver, with a PhD in organic chemistry, worked for 3M as a senior chemist. Among 3M’s most popular products at the time were different kinds of adhesives, and Silver worked on a project to create a new kind of stronger glue. Unfortunately his prototype was a failure: the glue was weak, too weak to be useful for anything. It was more of a sticky substance than a bonding glue. (No one knew it yet, but this substance contained an important discovery called microspheres, which would lead to a patent years later).

For many years Silver tried to find uses for this substance, but despite many experiments couldn’t find any. Most people would have given up, but he kept trying.  In 1973 he had a new boss, Geoff Nicholson, and Spencer pitched him on the idea of using his creation on bulletin boards and other surfaces to make them sticky (eliminating the need for pushpins). But the potential seemed limited.

Another 3M employee named Art Fry saw a lecture by Silver where he talked about this curious substance he’d created and his inability to find uses for it. Fry sang in his church choir and would make notes on little pieces of paper over his sheet music when he practiced, but they often fell off or got lost.  Fry and Silver worked together to create new prototypes for a paper with the weak glue that could be put on almost any surface. Fry suggested that Spencer’s design had it backwards: instead of making a surface sticky, the glue should be on the paper itself.

“We have a saying at 3M,” Dr. Nicholson said. “Every great new product is killed at least three times by managers.” (source). It was because of the support of Nicholson, Fry’s boss Bob Molenda, and the persistence of Spencer and Fry themselves, that they had the time to develop improved prototypes. Two more scientists, Roger Merrill and Henry Courtney, worked on inventing a coating for the paper that would keep the glue attached to it, rather than it being left behind on objects after the note was removed. The yellow color was chosen for convenience, according to Nicholson: it was what the lab next door had available, so they used it.

Prototypes of their work were popular in the 3M office, enough so that in 1977 executives approved a test release of a “Press ‘n Peel” product, as it was first called. A test release was required, in part, because the manufacturing machines would have to be redesigned to make this new product in large quantities, which may have contributed to internal resistance to the product. It seemed a very expensive proposition to build new production machines for a product that didn’t have, in the opinion of company veterans, high odds of success.

The response to the test release wasn’t positive – few people were interested in the product. Nicholson and others felt that the product wasn’t marketed well in this release, and that free samples needed to be given away so people could understand the concept. Finally in 1978 a second product release took place in Boise, with free samples, and it was a success. Soon the product was launched to the world in 1980 and is now one of the most popular office supply products in history. 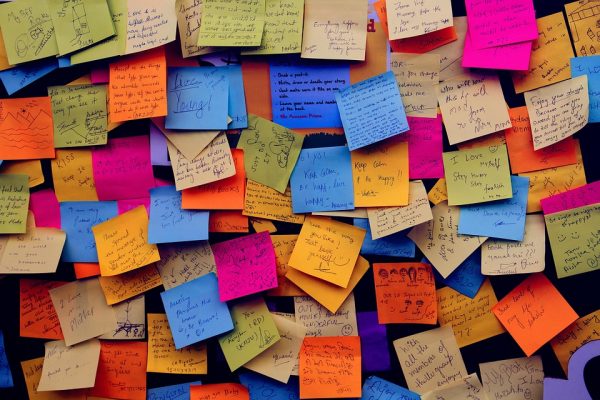 4 Responses to “How the Post-it Note Was Invented”